Salma Hayek wears Gucci a lot – on the red carpet and elsewhere – and there’s a perfectly good reason behind it. The 55-year-old star of Eternals is married to François-Henri Pinault, the chairman and CEO of luxury group Kering, which is the parent company of Gucci, among other iconic labels. That makes Hayek not only the unofficial brand ambassador of the Italian fashion house but its “first lady” as well!

Ahead, take a look at Pinault’s eye-popping business profile and the couple’s love story. 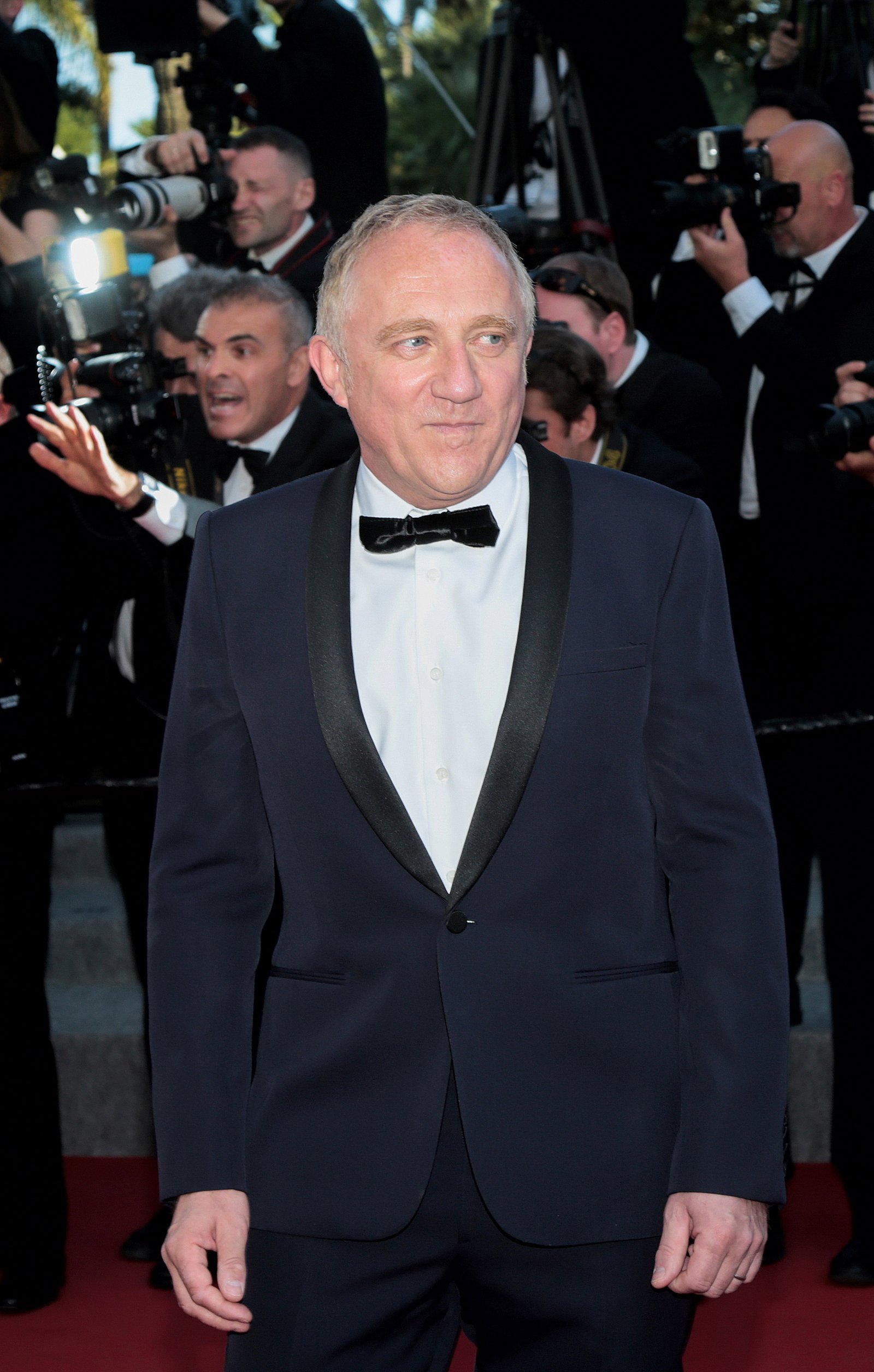 Pinault, 59, is a French magnate with a net worth of US$7 billion and quite the impressive business pedigree. He is the son of billionaire businessman François Pinault, who founded Kering (formerly called PPR) and the investment company Groupe Artémis. He graduated from the HEC School of Management in 1985 and started working at his father’s company in 1987, where he climbed the corporate ladder until he became President and CEO of PPR in 2005.

Under his leadership, PPR became Kering and merged with the Gucci group, which included other luxe brands like YSL, Balenciaga and Alexander McQueen. 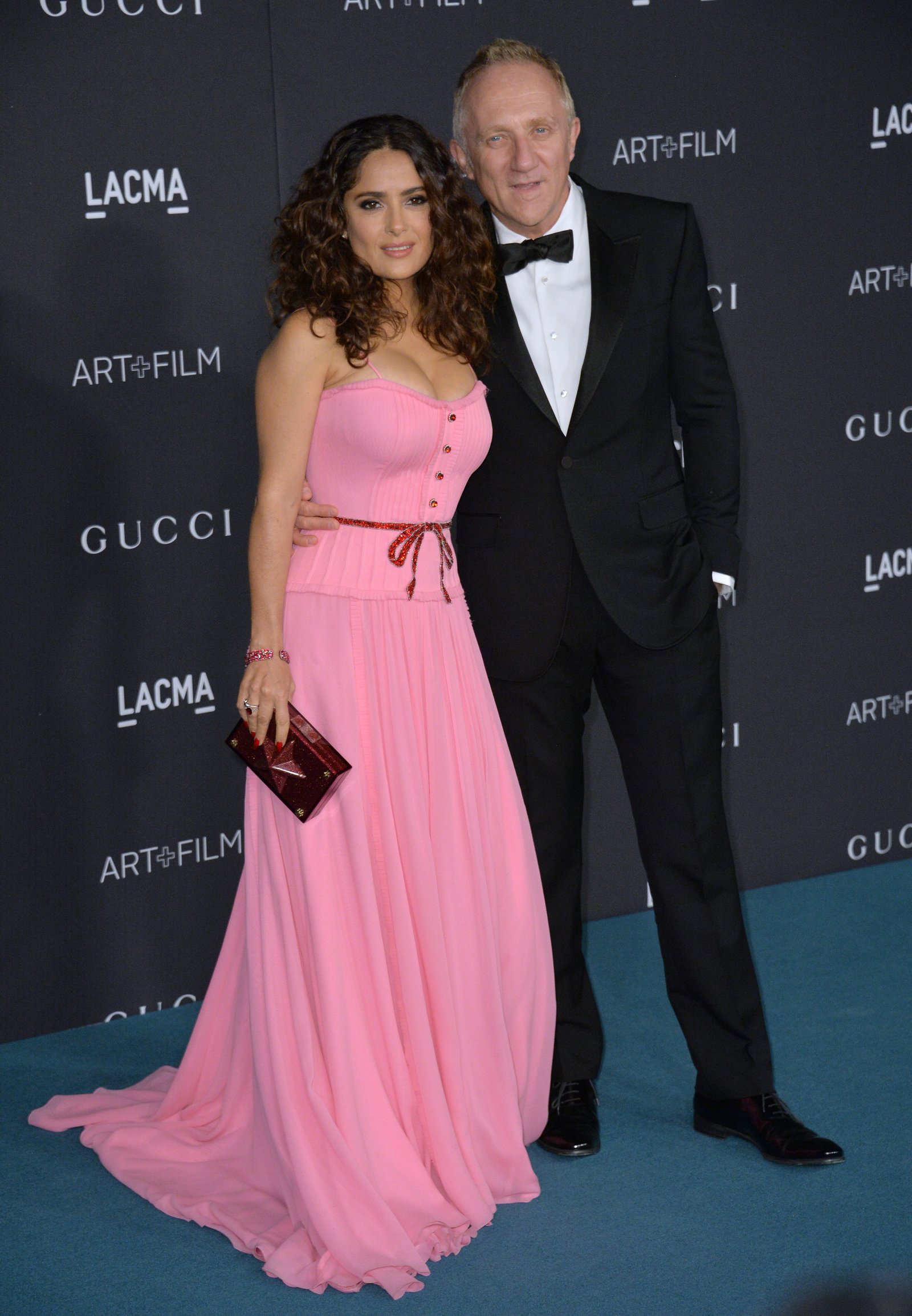 Hayek and Pinault started dating in 2006 and had their daughter Valentina on September 21, 2007. On Valentine’s Day in 2009, the Mexican-American actress and the French fashion magnate got married in Paris, and their relationship remains strong to this day. In fact, the couple seems to have made it a habit to renew their vows – first in Venice just a few months after their Paris wedding, then in 2018 in Bora Bora, which was a surprise from Pinault. Hayek posted about in on Instagram saying, “…my husband surprised me with a vow renewal - it was not what I would have chosen to wear to my wedding but I was told I was going to the spa!” 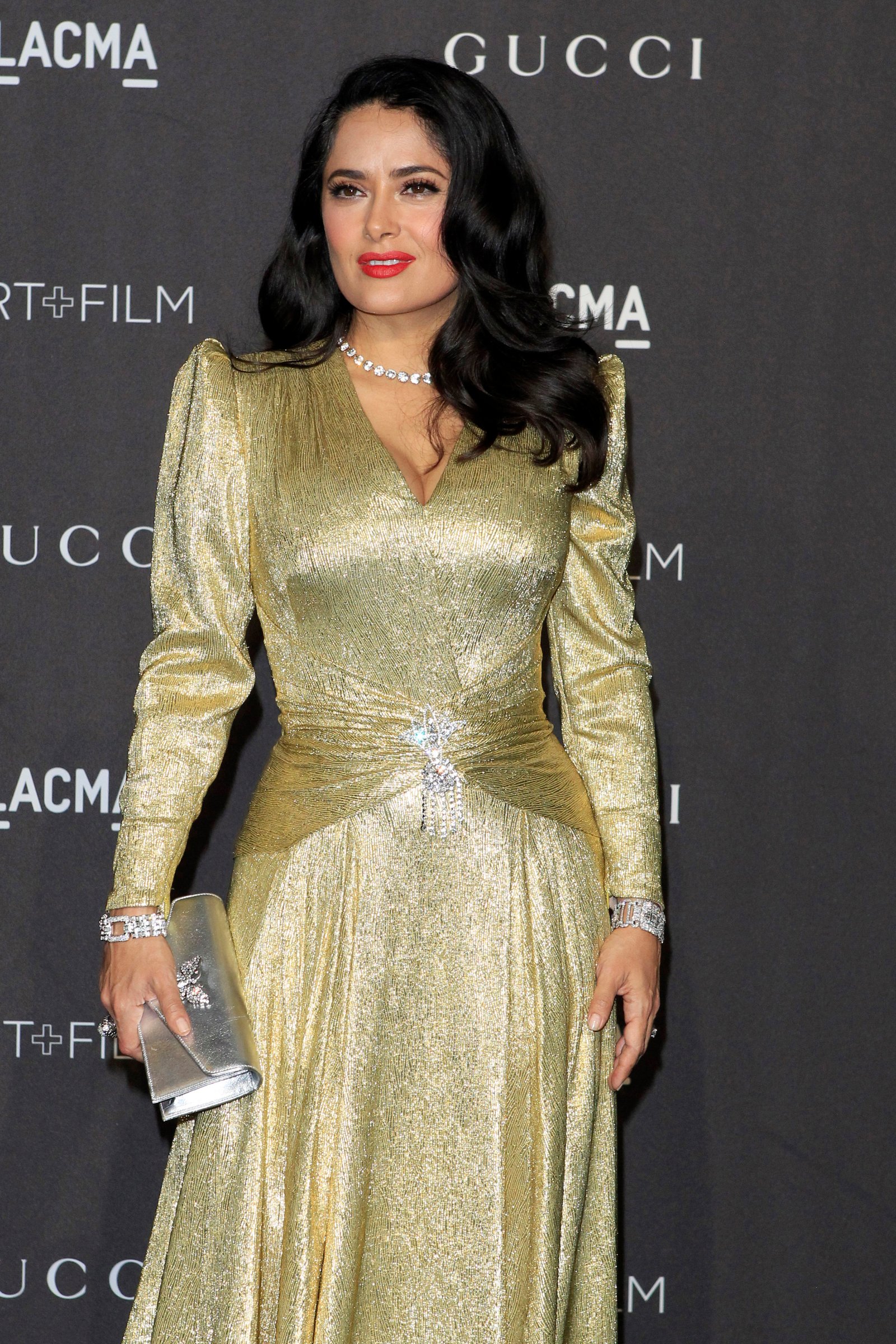 Had she known about the vow renewal, Hayek would probably have preferred a glamorous Gucci gown. But then again, the Hitman's Wife's Bodyguard actress doesn’t really need a special occasion to wear the brand. As the luxury group’s “first lady,” she has an endless array of Guccis (and Saint Laurents and Alexander McQueens, etc.) at her disposal anytime, even if it’s just for a stroll down the street. In fact, Gucci has been the Latina beauty’s signature for years, on the red carpet and otherwise! 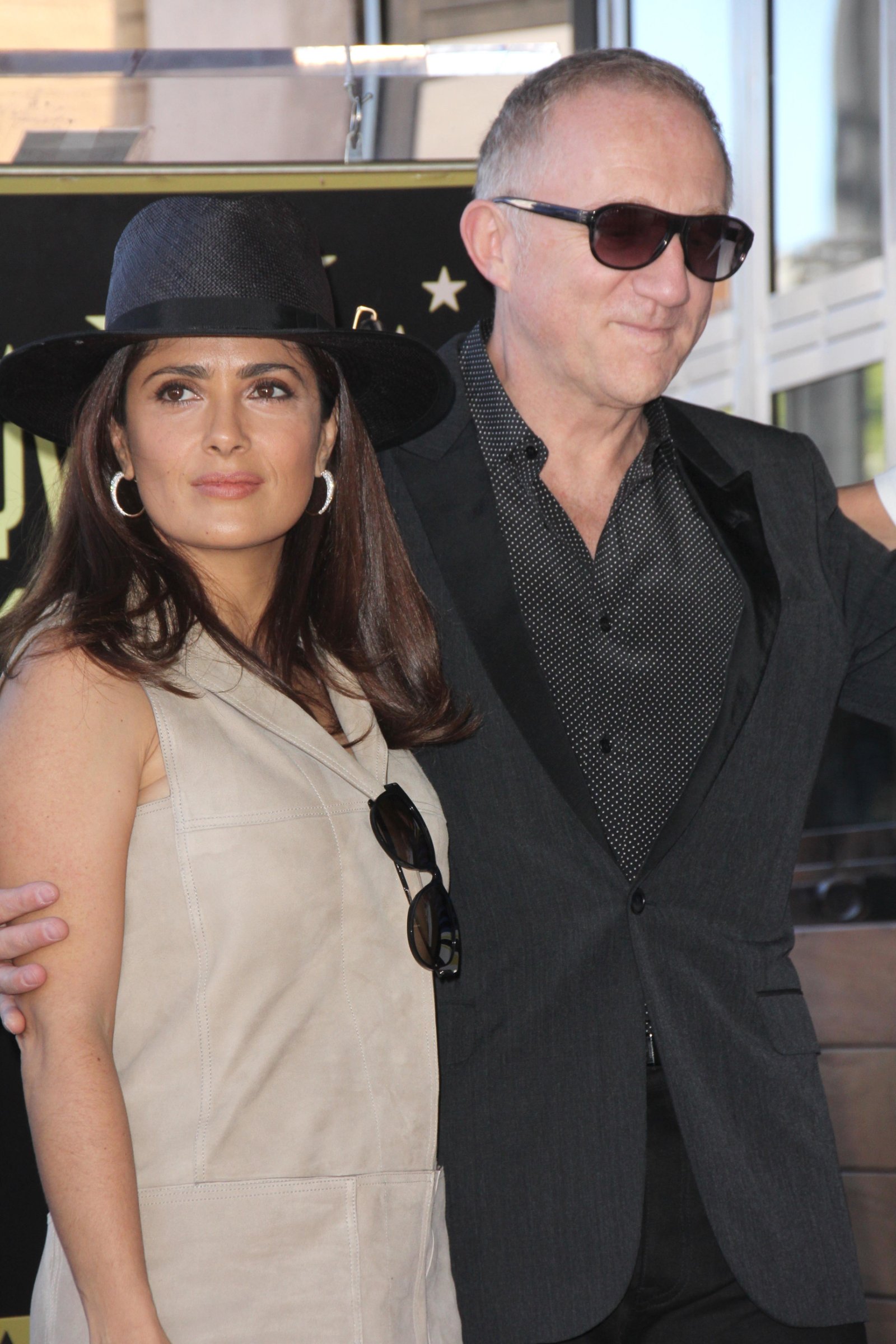 That’s not to say the power couple can’t be bothered with anything but luxury. They’re also busy with philanthropic work via the Kering Foundation, which Pinault created and chairs, advocating for the elimination of violence against women. As part of his philanthropic initiatives, Pinault also donated US$113 million to restore the Notre Dame Cathedral, which was destroyed by fire in 2019.

Hayek’s husband has business interests in sports as well, as his company Groupe Artémis owns the Stade Rennais Football Club.