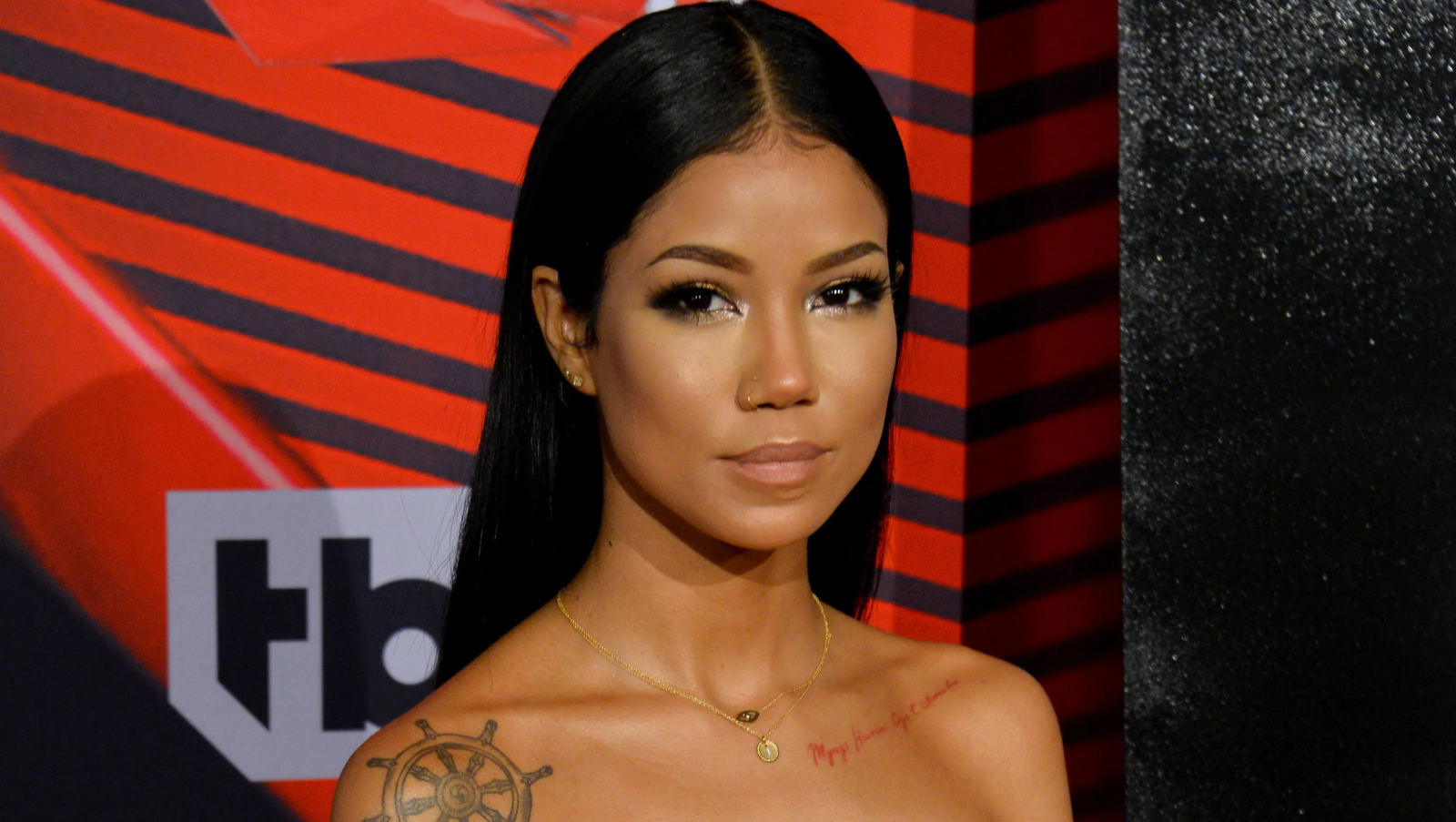 She's been in the music industry since the early 2000s, so Jhené Aiko's fans have had plenty of time to fall in love with the 33-year-old singer's beautiful voice. Much like her thriving career, which has allowed her to create a net worth of $1 million for herself, Jhené's personal life has also sparked the interest of her admirers at every turn, with her very public romance with rapper Big Sean, also 33, still being talked about years after it ended -- or has it?

While the music star is only making solo appearances on her Instagram lately, _E! Online hinted earlier this year that "the pair is still going strong." Meanwhile, DatingCelebs says the mother-of-one is single and ready to mingle.

Scroll for a run-down of her dating history. 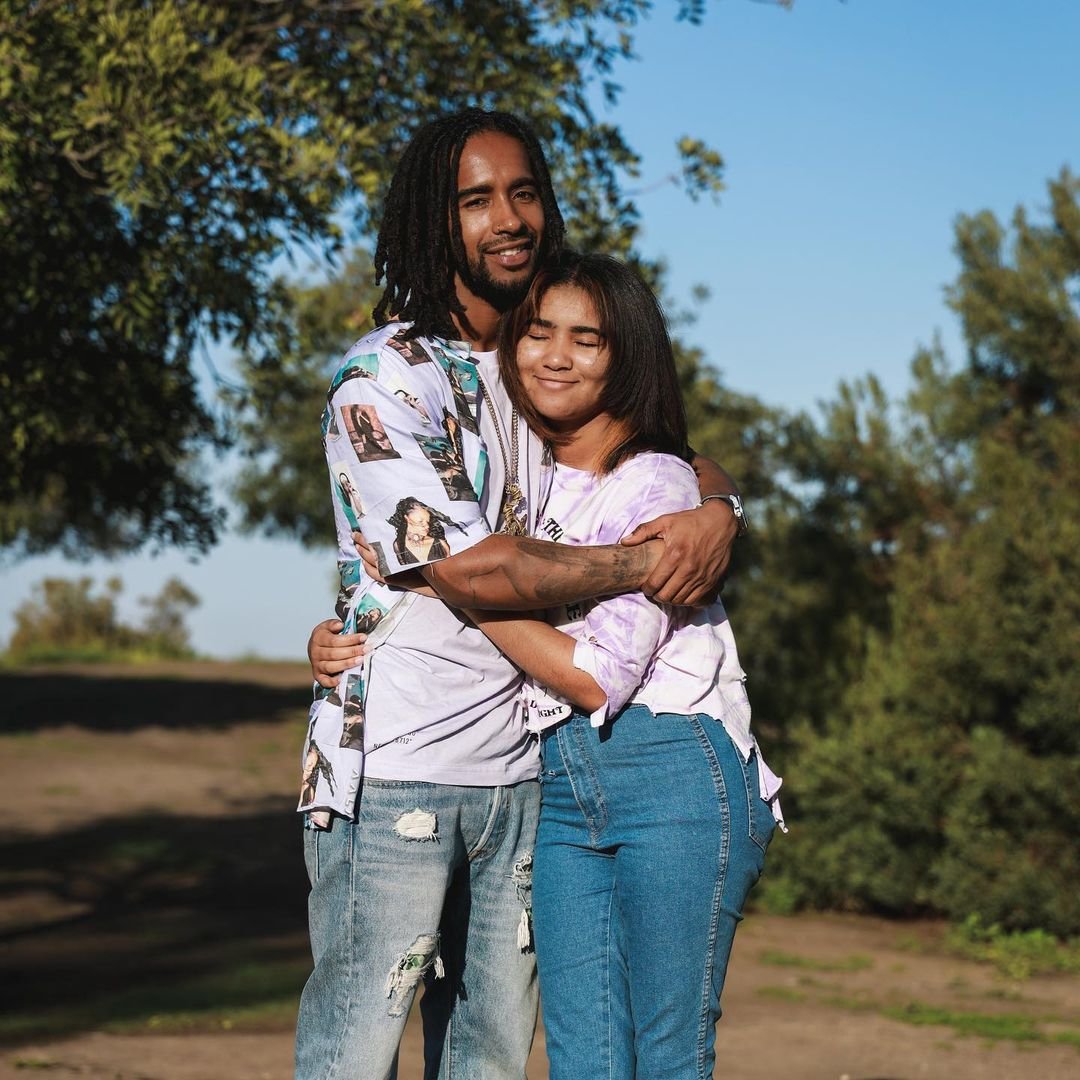 The artist, whose full name is Jhené Aiko Efuru Chilombo, met the man who would later become the father of her only child when she was still in her late teens. Jhené and fellow musician O'Ryan Omir Browner were first introduced after she appeared in music videos for his older brother's band, B2K. They began dating in 2005 when she was 17 and he was 18, and were together for three years, until 2008.

That same year, the couple welcomed their daughter, Namiko Love Browner, who is turning 13 on November 19.

Jhené, who became a mother at age 20, has said the pregnancy was unexpected but a blessing for both of the young parents. She and O'Ryan are successfully co-parenting and are on excellent terms, per College Candy.

O'Ryan, pictured above hugging their daughter in a recent photo, touched on his good relationship with his former partner in an Instagram post from 2018. Sharing a snapshot of the family together, he wrote: "One of the keys to Namiko’s success will be the positive involvement of her parents." 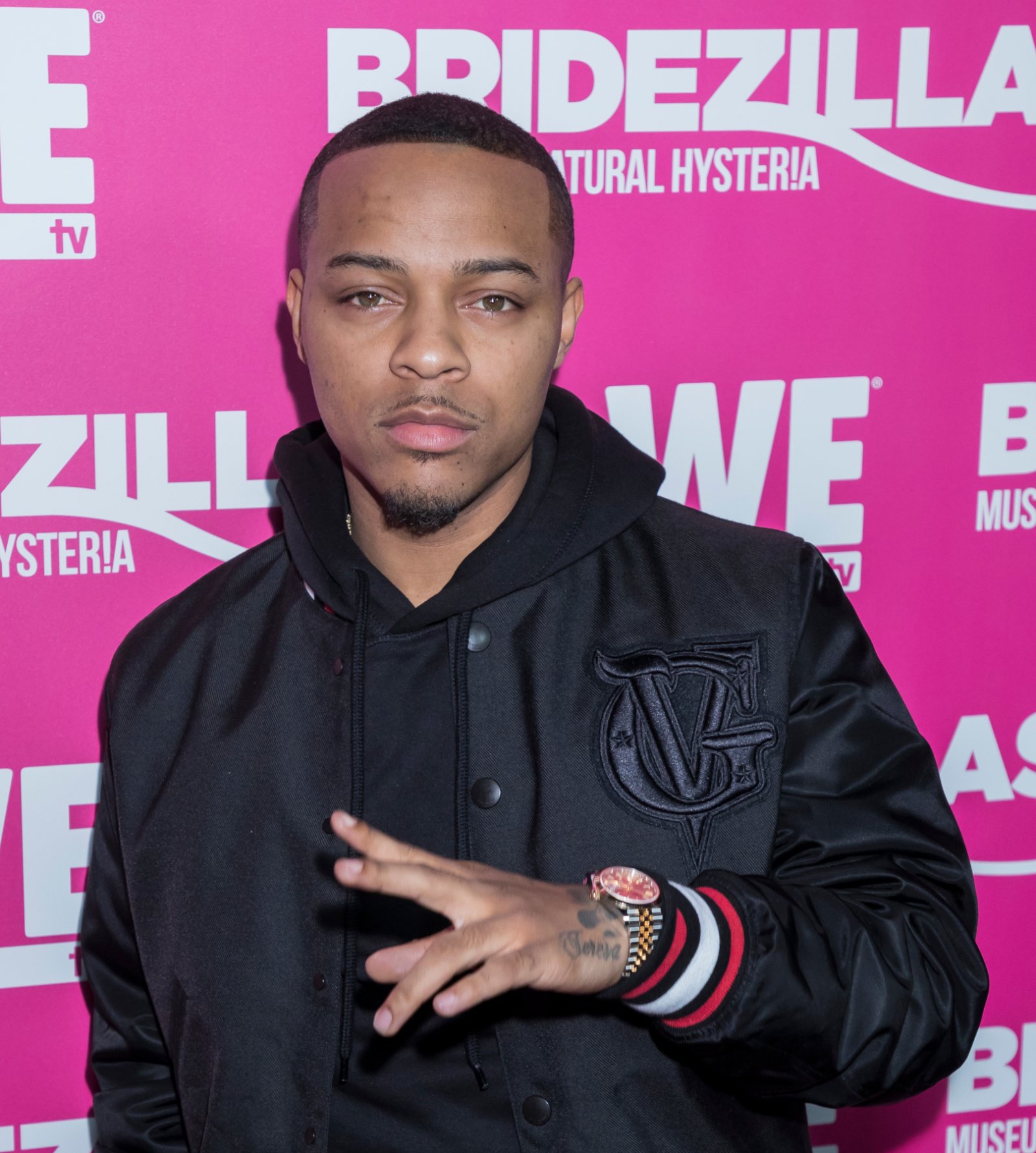 About two years after Jhené Aiko and O'Ryan ended their romantic relationship, the singer was linked to 34-year-old rapper Bow Wow (real name, Shad Gregory Moss). Both Who's Dated Who and Answers Africa make note of their supposed entanglement in 2010, although the rumors were never confirmed.

The two musicians allegedly had a brief encounter that only lasted a few months. However, they never went public about it. 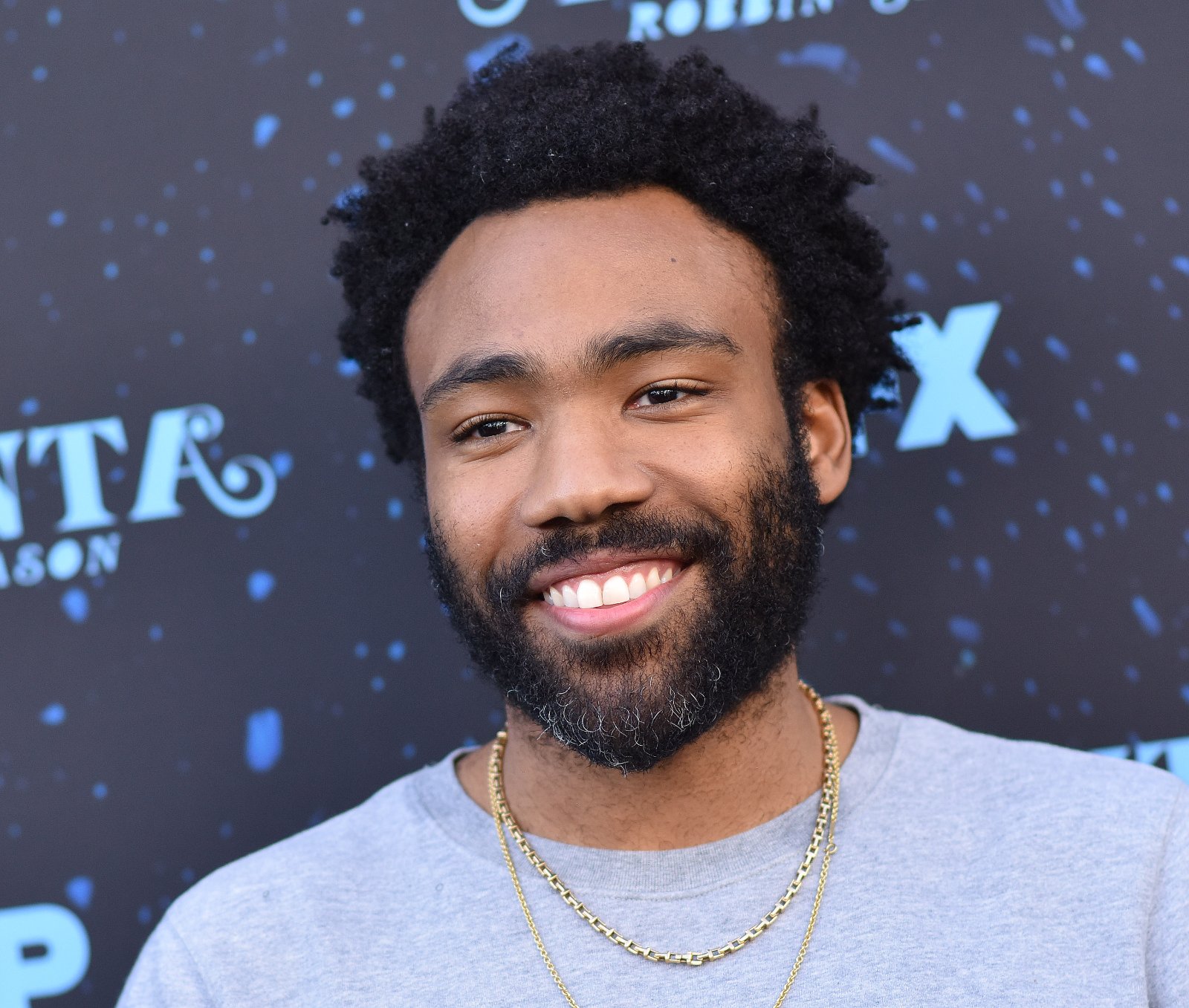 Jhené and Donald Glover, whose stage name is Childish Gambino, sparked dating rumors in 2013 after collaborating professionally on a couple of tracks. The 38-year-old rapper, actor and writer appeared in Jhené's “Bed Peace” music video from her Sail Out EP. Likewise, she was featured on the track “Pink Toes,” from his album Because the Internet.

While the two artists appeared very close during their collaboration, both Jhené and Donald denied ever hooking up. However, despite their promising start, the relationship didn't last long after exchanging marriage vows, with Jhené filing for divorce from the 36-year-old sound guru in August that year. The couple separated, finalizing their divorce in October 2017. 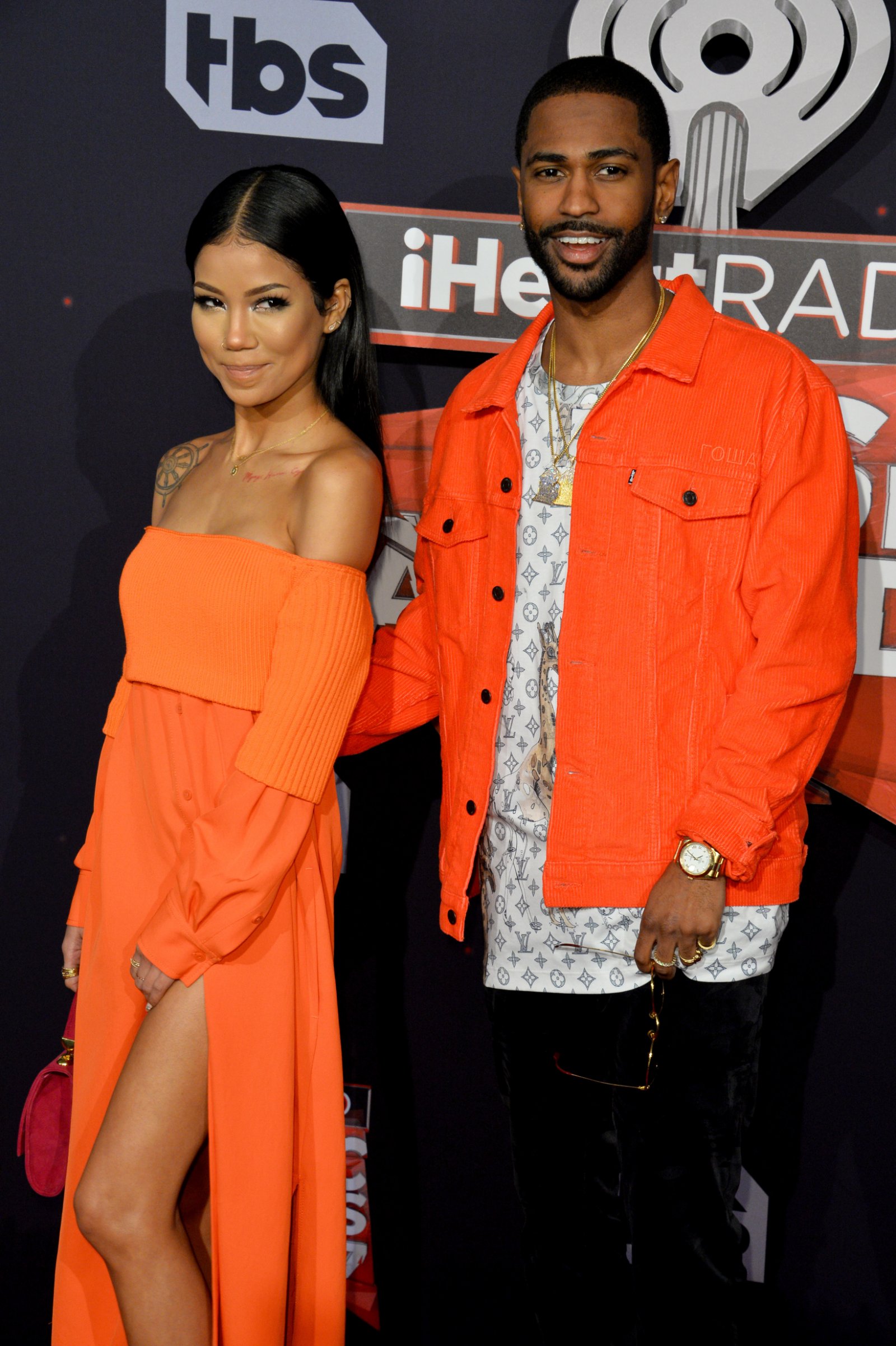 Jhené's most high-profile relationship was with rapper Big Sean (real name, Sean Michael Leonard Anderson). The two ignited dating rumors back when she was still a married woman, getting publicly cozy on several occasions well before her separation from her husband.

The two met way back in 2010, sparking up a long-lasting friendship that gradually evolved into the legendary love story that we know today. While the pair waited until the second half of 2016 to go official, rumors were flying off as early as March that year, when they formed a new music group for their album Twenty 88.

One month later, Sean was telling Billboard that "Jhené is more than just a friend," declaring: "I love her and I know she loves me." Fast-forward two months to their big kiss onstage, and it's easy to see why the rumor mill was on fire.

Once her marriage to Dot da Genius officially ended, Jhené professed her love for Sean by getting a tattoo of his face on her arm in October 2017. One month before, she was calling him the love of her life in an interview with Billboard.

However, things were looking different one year later, when Jhené had the tattoo covered, reportedly for aesthetic reasons. Yet the move spelled trouble in paradise for fans, especially since Sean's ex Ariana Grande was getting flirty with the rapper around the same time.

By December 2018 that year, it looked like Jhené and Sean were calling it quits, with the couple confirming their split in March. However, the two continued to publicly show affection to one another throughout 2019 and 2020, teasing a possible "BigAiko" reunion as they kept on making music together, supporting each other's work, and flirting up a storm on social media.

Last April, Sean hinted he was ready to propose during an Instagram Live, leaving fans swooning. Although they didn't tie the knot, it looks like they may still be together, though nothing has been officially confirmed.

Check out Elite Daily for a detailed timeline of their "rollercoaster" relationship.