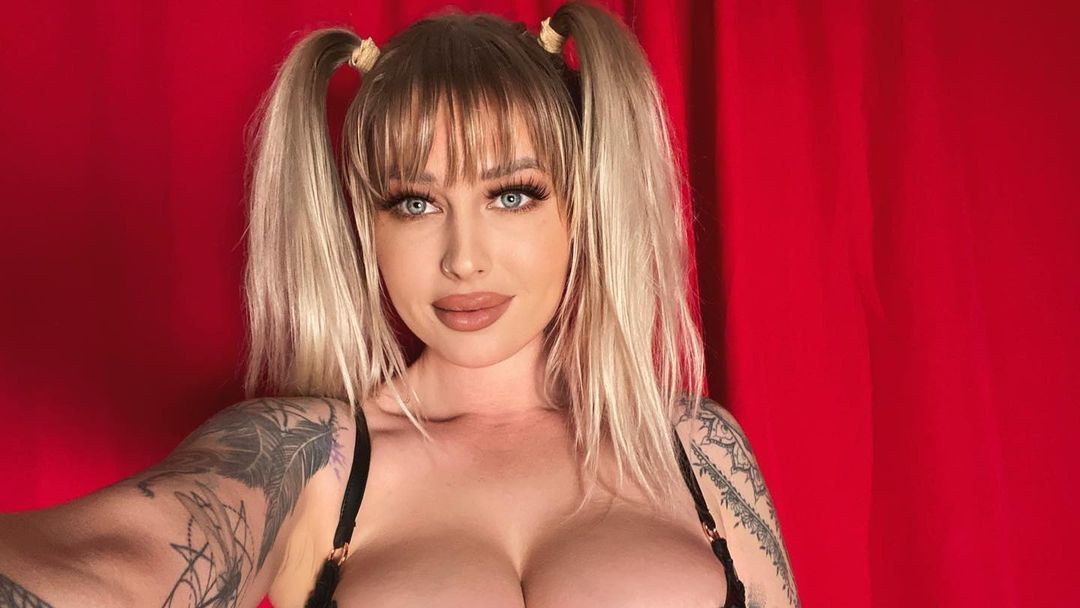 Vicky Aisha smoldered on Monday, February 22, when she treated her 2.6 million Instagram followers to a new post.

The Australian model and influencer took to the popular photo-sharing app to upload a photo of herself clad in a skimpy lingerie set that left little to the imagination.

The picture was a selfie that showed Aisha outstretching one arm slightly to the side. She looked at the lens, pressing her lips in a coquettish half-smile and narrowing her baby blue eyes a little bit. 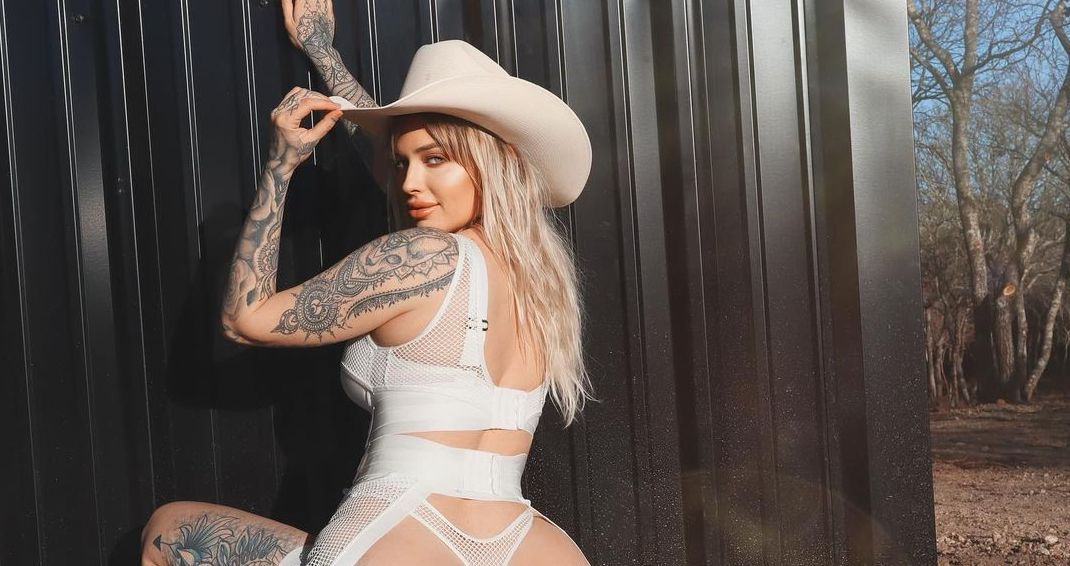 Aisha stood in front of a dark pink background. The surroundings also included a pink spotlight to the left, which added a dreamy vibe to the shoot.

The picture framed the model from the waist up, focusing on her torso — particularly her ample bust. Aisha tilted her head to the side, creating a romantic composition.

Aisha wore a lingerie set that matched the atmosphere of the shot. The garment wasn't fully visible, but the chest piece indicated it was crafted out of a fishnet-like material. 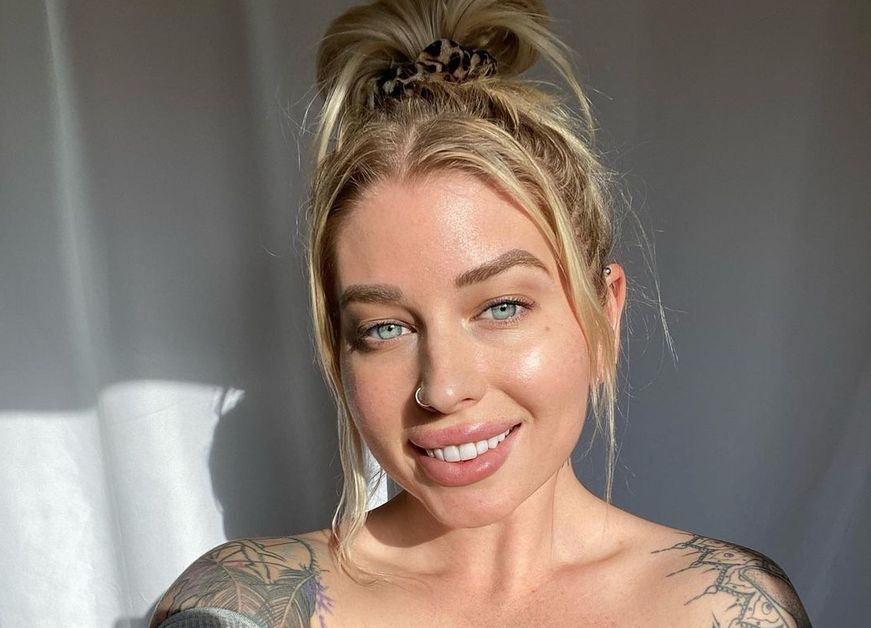 The stringy fabric gave the set a semi-sheer effect that put quite a lot of skin on display. It featured a plunging neckline that did a whole lot more showing than covering. It also sat low, pushing up against her chest and enhancing her assets.

Also visible in the shot were some of the many tattoos Aisha has on her upper arms and shoulders.

Aisha enhanced her beauty by applying dark eye makeup, which further emphasized her eyes, especially against the pink background. 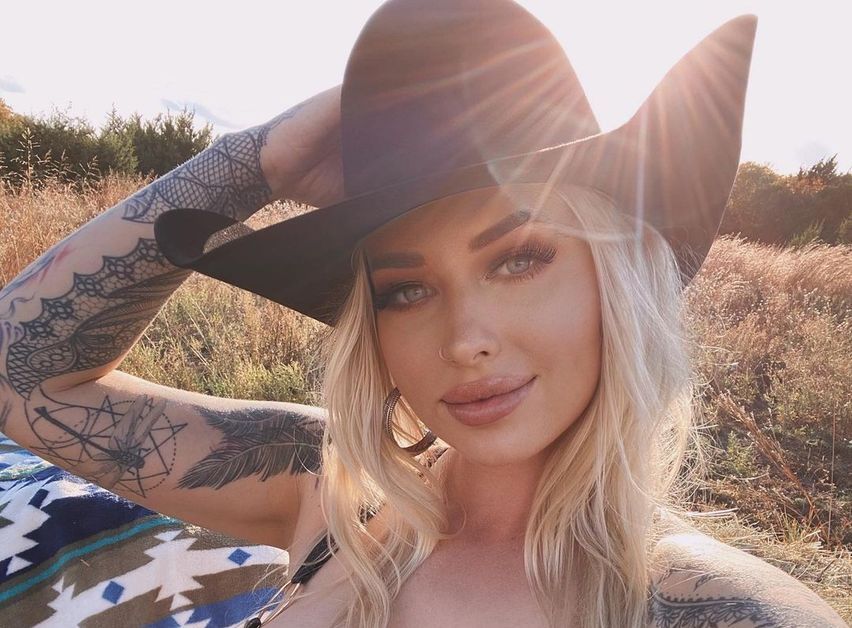 Aisha's hairstyle also stood out in the photo. She wore her blond tresses parted in the middle with two side braids that she pulled back in a half-ponytail. The length was styled in soft waves that she pulled in front of her shoulders, allowing them to fall against her chest.

In the caption, Aisha revealed that she had been playing with "fun lighting" and asked her fans what they thought about the resulting image. Her fans proved they enjoyed the post. 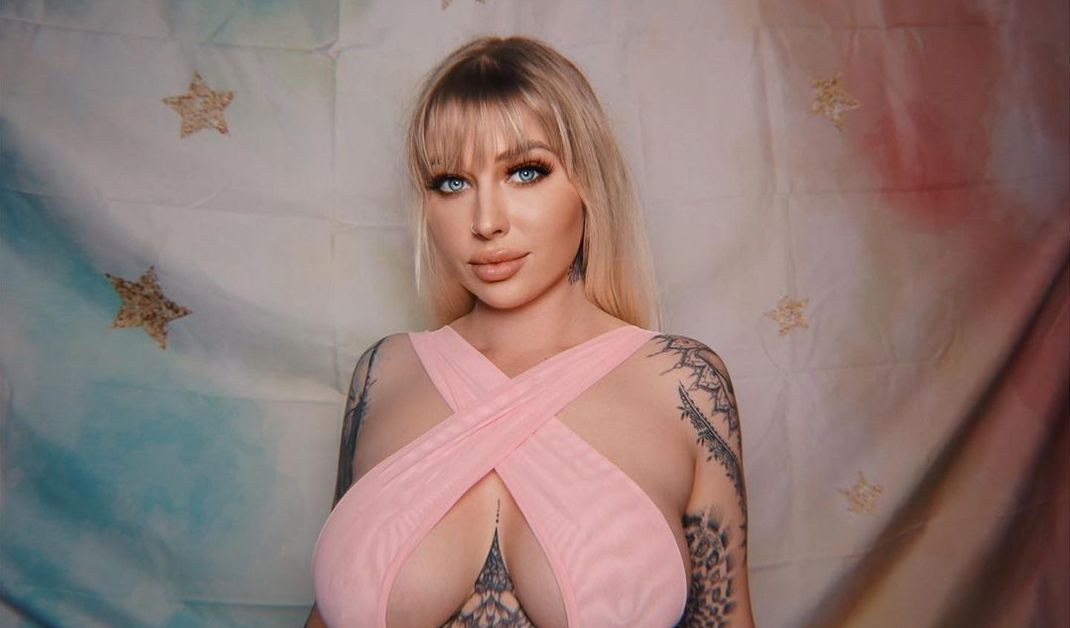 Within the first six hours, the pic has garnered more than 17,400 likes and over 270 comments. They took to the comments section to shower Aisha with praise and to interact with the model's caption.

"Hey that pink hair looks so good on you," one user raved.

"This picture [has] definitely warmed me up," replied another fan.

"Looks great love the backlight," a third admirer chimed in.

"It made ur eyes pop that’s fersure," a fourth follower gushed, including a fire emoij after the words.