Are Taylor Swift & Calvin Harris Getting Back Together?
Famous Relationships

Taylor Swift and Calvin Harris sensationally split after 15 months of dating back in June, but could they now be getting back together?

According to reports, during the months that have passed since their break up, in which time Swift famously dated actor Tom Hiddleston, Swift and Harris are now learning how to be friends again and could even potentially reconcile. In the studio at least.

Hollywood Life is claiming that Harris has made it known to Taylor that he'd be open to collaborating with her once again and reportedly doesn't want to close the door when it comes to the possibility of himself and Swift creating another hit like "This Is What You Came For."

"Calvin wants to be friends with Taylor because he makes hits with her and he doesn't want to be a future hit for her," an insider recently told the magazine, alleging that Calvin is also looking to get back on good terms with Taylor for fears she could be about to put him on serious blast in one of her songs after their dating drama.

"[Calvin] doesn't want to be a punchline," the insider continued, claiming that the Scottish DJ has already "reached out to make amends" with Swift after things turned seriously sour between the two while Taylor was dating Hiddleston.

"He lives his life mostly drama-free," continued the source of Calvin, "and wants that to continue with his relationship with Taylor even if they don't return to romance."

The reconciliation claims that are suggesting Taylor and Calvin could get back together in the studio come amid a recent report by TMZ which revealed that Swift and Harris are now on speaking terms following the drama that ensued after they split earlier this year.

According to the insider who spoke to the site, Taylor Swift and Calvin Harris are now officially back in the "friend zone" following their 15-month romance, but that doesn't mean Taylor and her former boyfriend are planning on getting back together and dating as a couple anytime soon.

The site claimed that Swift and Calvin began speaking again after Taylor split with Hiddleston earlier this month and reported that the former couple recently "started texting and put an end to their drama."

Revealing that Taylor and Calvin have only communicated by text and have not seen each other in person nor spoken on the phone, TMZ's source admitted that Harris mainly wanted to put an end to the bad blood that boiled over after Swift publicly confirmed that she wrote "This Is What You Came For" under the pseudonym Nils Sjoberg.

Calvin put Taylor on serious blast for making the confession in a social media rant, which has since been deleted, calling out Swift's past feud with Katy Perry as well as her then-romance with Tom which fizzled out after just three months.

Calvin has since deleted his pretty scathing tweets aimed at Swift, though People reported at the time that Harris certainly didn't hold back when revealing how he really felt about his former girlfriend on the 140-character site.

"[It's] hurtful to me at this point that [Taylor] and her team would go so far out of their way to try and make ME look bad at this stage," Calvin tweeted out after a representative for Swift confirmed that she was the one behind "This Is What You Came For," which Harris then went on to release with Rihanna.

"I figure if you're happy in your new relationship you should focus on that instead of trying to tear your ex down for something to do," Harris continued in part, referencing Swift's three-month romance with Tom.

"I know you're off tour and you need someone new to try and bury like Katy [Perry] ETC but I'm not that guy, sorry. I won't allow it," added Calvin, though Taylor stayed tight-lipped on Harris' social media remarks.

What do you think of Calvin Harris and Taylor Swift reconnecting after the drama that followed their June breakup? 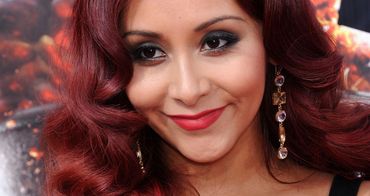