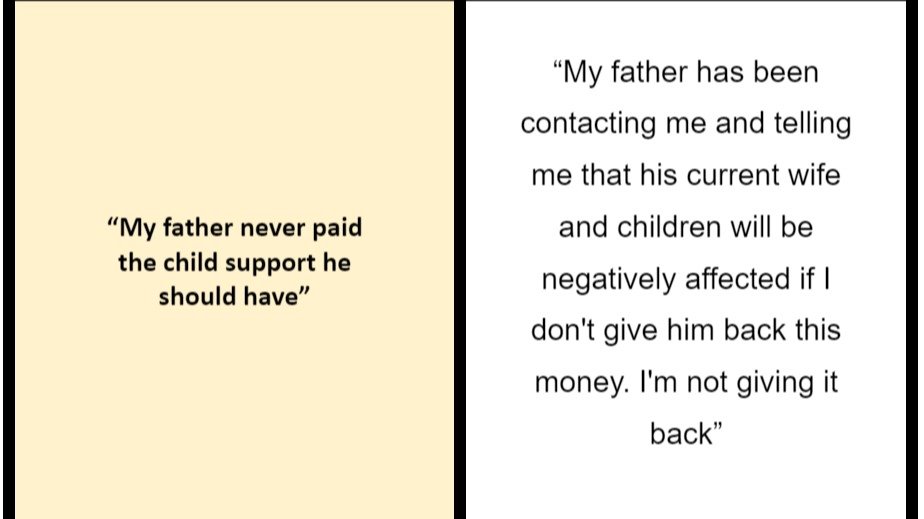 In theory, all parents should look after their children and make sure they don't go wanting for anything and all of their basic needs are covered, but one woman has found that this is not always the case. Sharing her story on Reddit's AITA section, Dull-Handle-7586, who has grown up without a father after he left his pregnant (now ex-) spouse and unborn child to fend for themselves, asked the online community if she was in the wrong for "forcing" the man to pay child support 28 years after she was born.

The situation is a bit tangled and started with her paternal grandparents eventually finding out about her existence and reaching out to express their dismay at their son's behavior. Not only did they want to be a part of her life but they even offered to pay all of the child support and education their son should have covered. The money, a gift to their newfound grandchild, came out of her estranged father's trust fund -- and he is now asking for it back.

What's more, the man is claiming that "his current wife and children will be negatively affected" by the grandparents' decision to deprive him of a huge sum of money in order to help the granddaughter whose existence was concealed from them.

Meanwhile, the young woman has no intention of giving him the money back, despite admitting that she doesn't "really need it" since she and her mom are well-to-do and "decidedly upper middle class." What's more, she's adamant about investing it in a good cause, making a point that her mother is working with special needs kids. "We decided that what would be best is to set up a scholarship for people who want to go into her field of study," she wrote on Reddit, providing extra details via a couple of edits.

Scroll down to read the full story and see the internet's reaction, and keep going for a feel-good ending. 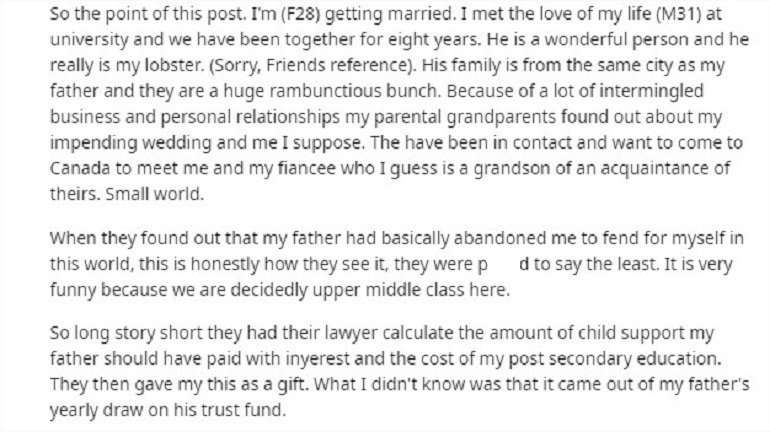 'She Was NOT Having It': TJ Maxx Cashier Boldly Dismisses Manager's Request Over The Intercom

'You Should Be Terrified!': TikToker Shows How Earning Below $25 Per Hour Doesn't Cover Average Cost Of Living 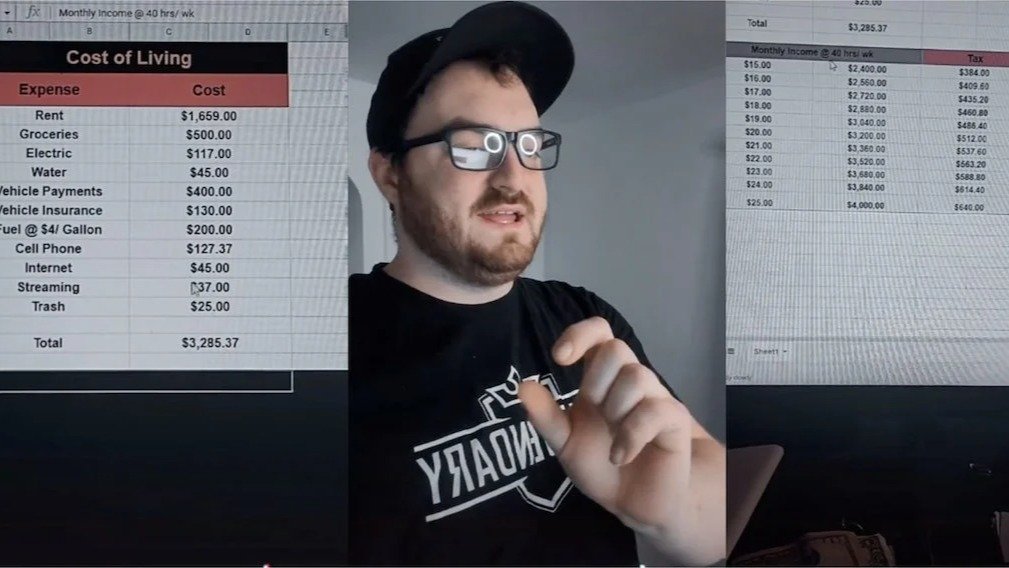 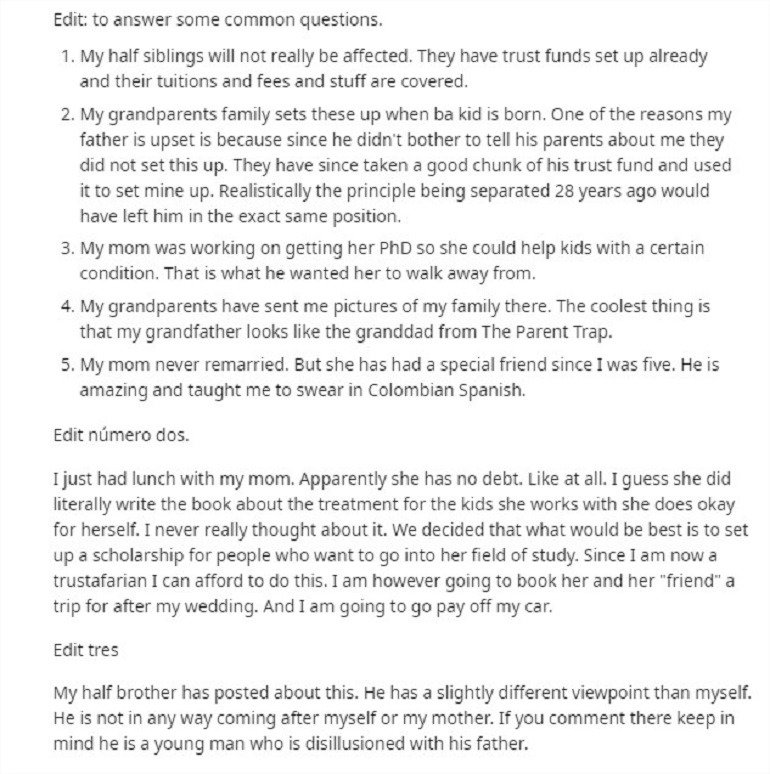 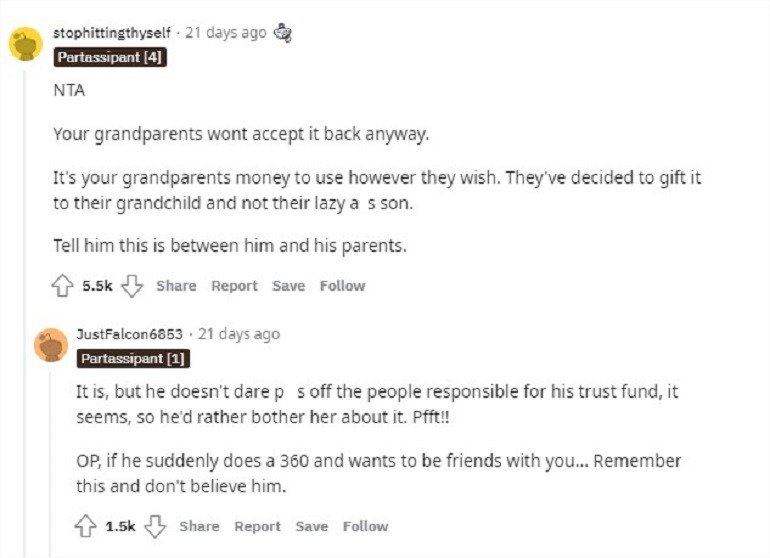 People Think She Should Get Back At Him 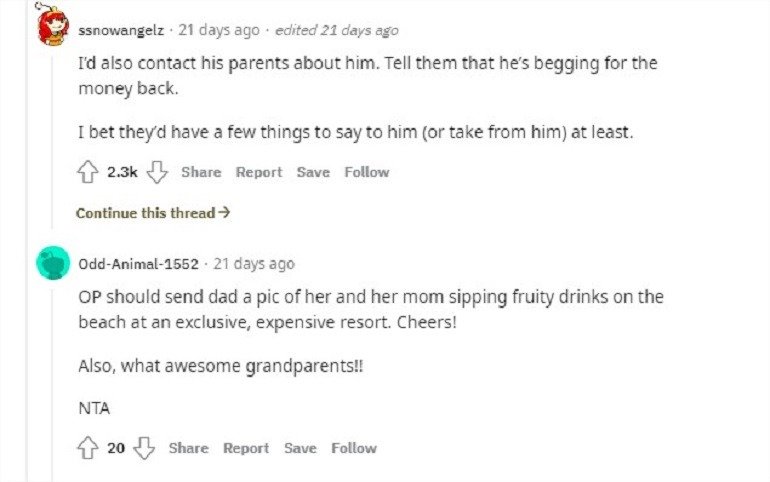 OP Chimes In With Wholesome Story About The Grandparents 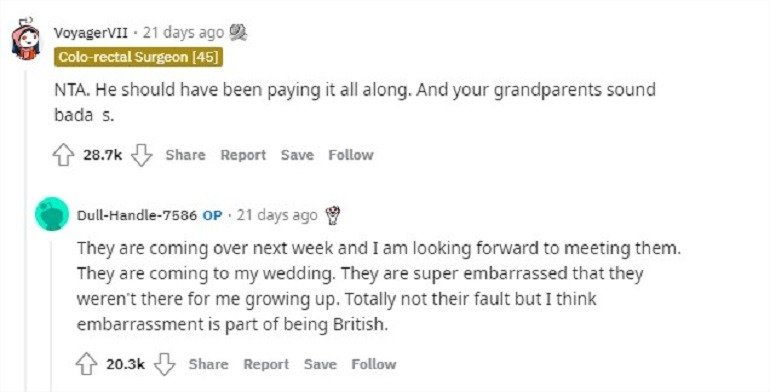