Texas Mother Of Two Disappears After Running Late For Work 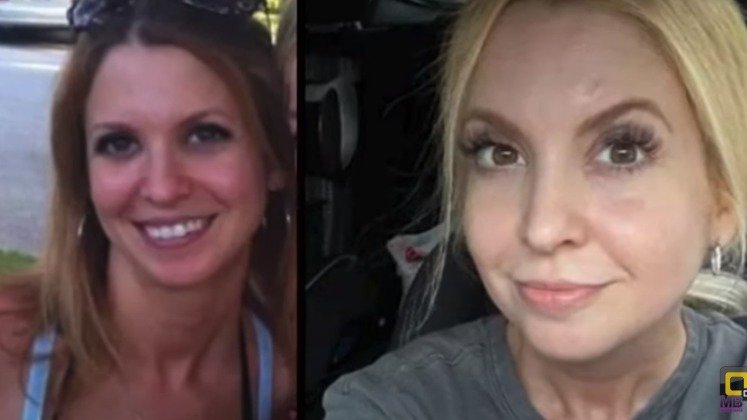 A 39-year-old Texas mother of two is still missing more than a week after she was last seen rushing from her home while running late to work.

Christina "Chrissy" Lee Powell, 39, was seen wearing dark pants and a long-sleeved shirt as she ran out of her home shortly after 10:34 a.m. on July 5, according to a doorbell camera video provided to Fox News Digital.

Powell has two sons, ages 3 and 12, and it's completely unlike her to simply disappear without contacting her family or friends.

Powell, who has blonde hair and brown eyes, was carrying a purse, but neglected to take her cell phone or her Apple Watch with her, which she would use to regularly communicate with family and friends.

According to a missing poster from San Antonio Police Department, Powell has "diagnosed medical conditions that require a doctor's care." She also has her ears pierced and is right-handed and is described as being 5'2" tall and weighing 120 pounds.

Powell reportedly called the office where she worked as a paralegal to tell them she would be late, and told her mother the same thing when she called her as she was rushing out the door.

But hours later, a colleague showed up at the family’s Apple Creek home to check in on Powell because she did not show up at the office at all, which was completely unlike her. When the colleague showed up at the time, she spoke to Powell's 12-year-old son, who at that point still thought his mother had arrived at work as planned. The family then contacted the police to report her missing and attempt to figure out what could have happened to her.

Her mother, Claudia Mobley, said he saw her daughter drive away from the home in her black 2020 Nissan Rogue, which bears the license plate PYJ 8564, loved ones and authorities said.

In a Facebook post, her mother wrote, "My sweet daughter Chrissy Lee is missing. She left here Tuesday morning on her way to work. She never made it to work and we haven’t seen or heard from her since. If anybody has any information, please let me know. I love her and miss her. Keep us in your prayers."

Family and friends have continued to post information on Facebook seeking help finding Powell and solving the mystery of where she could be.

Mobley, who also lives at the home, had spoken to her daughter that morning but noted there was nothing unusual about their conversation.

"We didn’t really have any kind of in-depth conversation. It was basically, ‘Good morning.’ She told me she was late," Mobley said. "Then, she was leaving for work and I told her to be careful. And I probably told her, ‘I love you.’"

Police said they have no reason to suspect foul play at this point in the investigation. but nothing can be ruled out at this time.

Powell's Facebook showed a happy mother who recently got two puppies. She shared photos of her sons and seemed to live a happy life without any concerns or major issues.

Anyone with information about where Christina Powell may be at this time should contact the San Antonio Police Department's Missing Persons Unit at 210-207-7660.