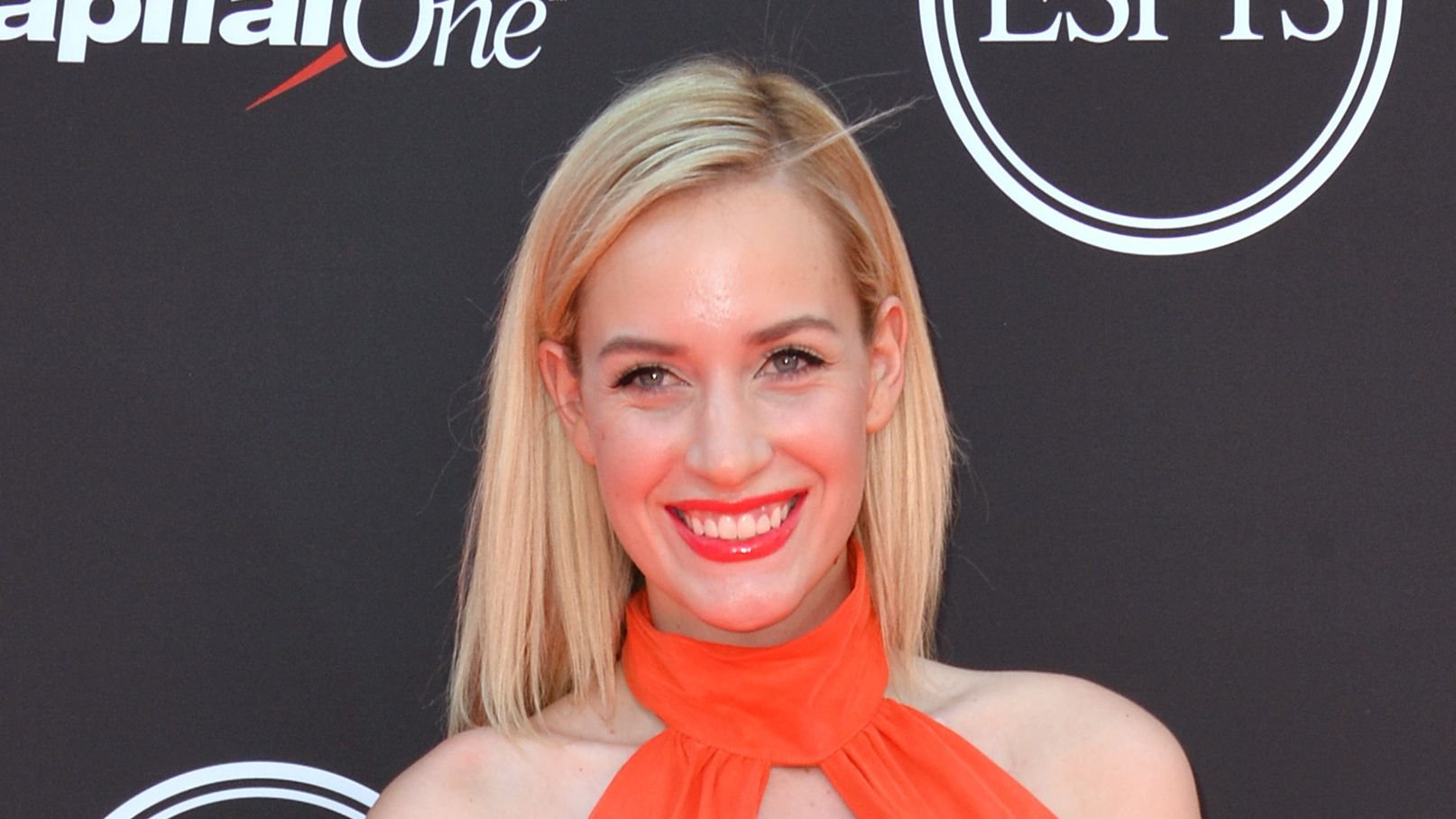 Paige Spiranac has never been afraid to post intimate photos on her social media pages. She posted a photo of herself wearing a US flag bikini top on Friday. Paige was recently named the world's sexiest woman and graced the cover of Maxim.

The 29-year-old golf beauty has recently amassed a massive social media following and hosts a popular podcast, Playing A Round. Between 2015 and 2016, Spiranac played professionally for San Diego State and Arizona University.

She is well-known for her glamorous appearance and has advocated for women's right to dress as they please.

Please keep reading to find out more about her.

Paige dressed patriotically in a US flag bikini top that revealed plenty of her ample cleavage, once again thrilling her fans with her signature revealing looks. Her blonde wavy tresses fell to the sides of her face and rested on her shoulders, her bikini top knotted. She finished her look with a creamy nude lipstick while smiling at the camera and flaunting her toned abs.

Golf Star Paige was left speechless after Maxim named her the 'Sexiest Woman Alive,' despite repeatedly asking if they had made a mistake.

On Thursday (June 16), the 29-year-old former professional took to social media to express her joy at the award, which will see her on the cover of their July/August publication, beating out the likes of Dua Lipa and Ana de Armas, among others.

With her favorite photos from their sultry photoshoot, Spiranac opened up about her surprise at being named 'Sexiest Woman Alive,' despite fans insisting she deserved the title.

How Paige Became An Influencer

Paige Spiranac became one of the world's most famous female golfers after taking her act from the fairway to the land of filters and FOMO. She has over 3.4 million Instagram followers and over 276,000 YouTube subscribers.

She also demonstrated that there was more to her success than short skirts and low necklines when she launched her own podcast, "Playing a Round."

Paige Spiranac was candid about her desire to remarry after her "traumatic" divorce from athletic trainer Steven Tinoco during a recent Q&A on her "Playing a Round" podcast.

"As you guys know, I am divorced," said Spiranac, who revealed earlier this year she's no longer married. "I wasn't married for very long, and I think that when I initially got divorced, I said I will never get married ever again."