Woman Charged With Murder Of Baby Found Dead 36 Years Ago 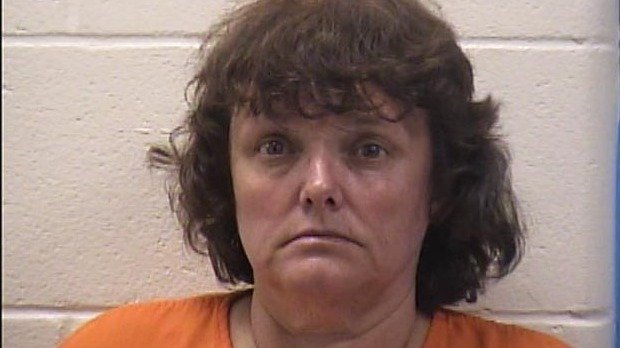 A woman has been charged with the murder of her newborn baby 36 years after the baby girl was abandoned and died in below zero temperatures in a gravel pit in Maine.

She was arrested outside her Massachusetts home, waived extradition, and was taken back to Maine. Daigle, 58, had been indicted by an Aroostook grand jury on one count of murder.

“This case was the culmination of decades worth of investigative work from dozens of now retired and current detectives who never gave up finding answers and justice for Baby Jane Doe,” police said in the release.

Police said that Lee Ann Guerette, who later became Lee Ann Daigle, was 21 years old when she went to a nearby gravel pit in Frenchville, Maine, delivered an alive baby girl, and then left her alone in freezing temperatures on or around Dec. 6, 1985.

A Siberian Husky named Paca found the body of Baby Jane Doe the next day and dragged the newborn's body about 700 feet to the home of its owners, Armand and Lorraine Pelletier, police said.

Detectives traced the dog’s path back to the location where Baby Jane Doe was born. The baby still had her umbilical cord attached, and investigators also found blood and placental material at the scene.

Lee Ann's daughter Kristyn Daigle told the Portland Press Herald that her mother told her after her arrest that she'd been unaware that she was pregnant in 1985.

She said she was driving home from work and suddenly felt a strong urge to urinate. She pulled over on the side of the road and then gave birth to a baby she believed was already dead. She panicked and didn't know what to do, so she left the baby there since she thought it was dead and therefore not viable.

“My mom thought it was stillborn,” Kristyn Daigle told the Press Herald. “It didn’t cry. It didn’t move. To her, the baby was not alive. So, to her, it was some freak miscarriage and something that she wanted to leave in the past. People have miscarriages all the time.”

Daigle's Daughter Said Her Mother May Have Been Sexually Assaulted, Leading To The Pregnancy

Krysten Daigle told the paper her mother cooperated with investigators and gave them a DNA sample. She said her mother had blocked out all details of what she believed was a miscarriage until she was told she was the child's mother.

Krysten Daigle said her mother told her that she believes she may have been raped on the night of her 21st birthday, which was about nine months before she gave birth. She said she has no memory of the night and does not know the man who police say was identified as the father of the baby, according to the DNA results.

Police are asking anyone with information they believe may be relevant to the investigation to call Maine State Police at 207-532-5400.