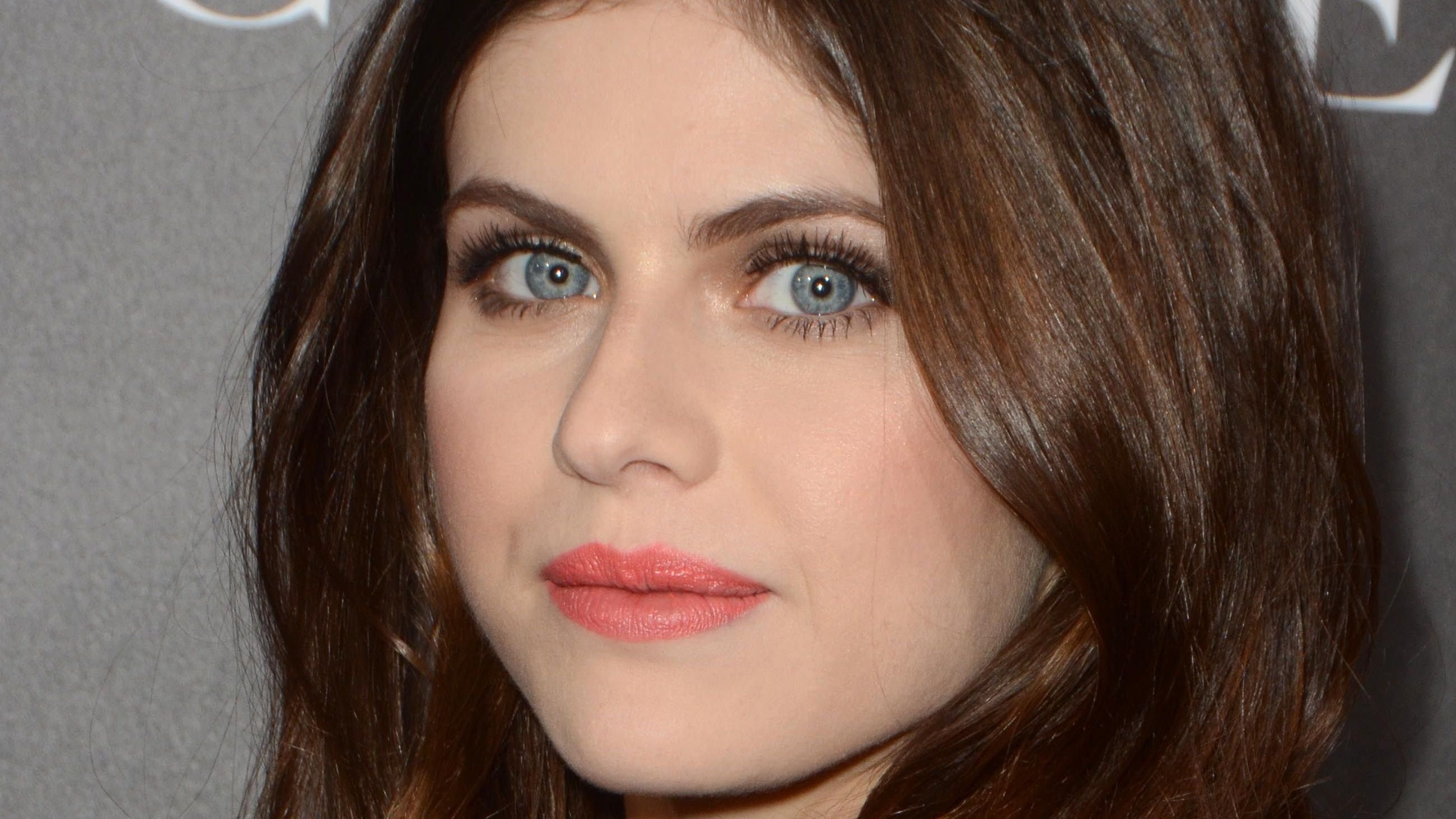 Percy Jackson breakout star Alexandra Daddario is back on set for another psychological thriller series set to drop sometime this year or early next year.

She shared a bikini picture of one of her beach moments with 22.5 million Instagram followers. The actress typically welcomes her internet family into some aspects of her personal life, making her relatable and lovable. Her Instagram bio even reads,

Enjoying The Beach View In Her Bikini

Scroll for the photo

Alex took a long-distance shot of her whole body frame in a navy blue bikini consisting of a knotted top and matching bottoms. She stood barefoot on the rocky edge of the beach and covered her hair with a face cap. An enthusiastic fan zoomed in a noticed the hat was a NY giant face cap saying, "NY GIANTS HAT YESSIR."

Getting Ready For Yoga With Her Pet

Alex again showed off her impressive figure in a skintight yoga bodysuit from Alo Yoga. The one-piece sculpted her body, highlighting her cleavage and long toned legs as she posed by her glass door, smiling down at her pet dog. Her short brown hair fell to the front, framing her face.

Alex wrote that she enjoyed the warmer days and added another shot in the second slide. The picture had a black and white filter showing her toned body from another angle.

The actress revealed that the principal filming for Anne Rice's Mayfair Witches on AMC TV had begun, and her only complaint about the filming location was the heat. Alex is cast in the lead role as the oblivious neurosurgeon, Dr. Rowan Mayfair, who returns to her hometown and encounters supernatural beings.

It follows her journey of self-discovery after growing up in a very different environment with distant family members.

Since she wrote that the filming would last four months and posted this picture on May 1, we suspect the series is gunning for an October/November release - just in time for the spooky season. Its central theme certainly fits the bill.

Alex joked about complaining about the heat only twelve times as a follow-up to her previous post. The actress joined the rest of her cast and crew for a Jazz fest around their movie location, but her co-actor Tongayi Chirisa replied, saying it was 14.5 times. Overall, they had fun.