Inside The Miami Abode of Real Housewives’ Dr. Nicole Martin And Her Husband Anthony Lopez 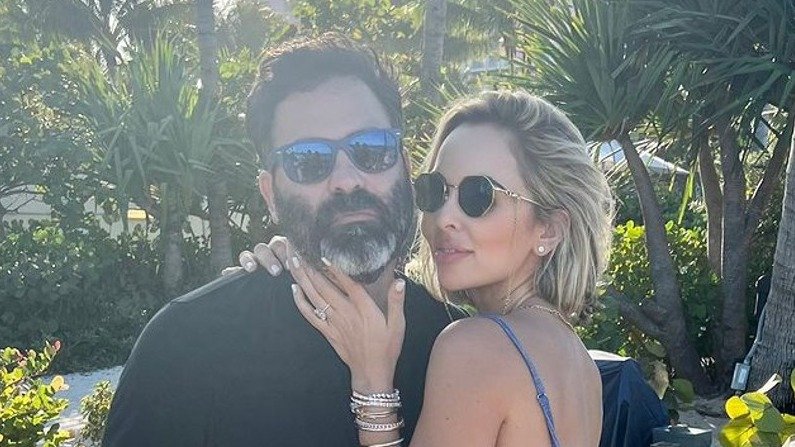 Dr. Nicole is a Miami native who began her medical career and continues to work as an assistant professor of clinical anesthesiology at the University of Miami.

She and Anthony told Entertainment Tonight that they moved into the 9,500-square-foot home approximately a year ago and have not looked back. It is easy to understand why the couple feels that way. Their mansion is such a beauty with lots of modern decorations and amenities.

Continue reading to get a glimpse inside the magnificent property.

"It was really important that the house felt cozy and homey," Dr. Nicole told Architectural Digest.

She added, "Sometimes when you take on large scale renovations like this, the house could end up feeling cold. We didn’t want that."

Briggs is known for designing interiors for various well-known brands and creating mesmerizing high-end home spaces in Miami. Some of his work was for Alex Rodriguez, a former Major League Baseball player.

Manny, on the other hand, is no stranger to the spotlight. He has worked on high-end projects with international designers, including Giorgio Armani.

Large picture windows surround the double-height ceilings inside the Mediterranean-style home, lined with European elkwood flooring throughout. In other rooms inside the house, such as the living room, a neutral palette with cream walls creates a relaxing atmosphere.

In the master's suite, a custom-made bed is framed by painted white oak nightstands. The wool fabric ottoman is surrounded by an antique Doroksh rug and a vintage bamboo standing lamp, designed by Briggs & Co. The two white linen Art Deco club chairs are also by Briggs & Co.

"The idea was to employ a very clean and contemporary atmosphere, but also to inject a classic, timeless theme throughout the home,” Briggs explained.

This property's size is perfectly ideal for entertaining guests. The design team meticulously organized each area to maximize the couple's entertainment interest. As a result, Manny built 3,000-bottle wine storage with sophisticated temperature and humidity management.

In addition, there is also a 20-seat movie theater available to accommodate the couple's satisfaction in entertaining visitors.

“Nicole and Anthony both enjoy having friends and family share their home. So it was important to create communal spaces that not only added luxury but also felt inviting for everyone," Manny said.

The Couple's Love For Art

The home also features several stunning artworks that pay homage to the couple's love for the artsThis became the primary motivation behind the home's design and remodeling.

Nicole and Anthony have amassed artworks by Cuban artists such as René Portocarrero, a painter and sculptor, and Victor Manuel Garcia Valdez.

However, Anthony's increasing car collection, including a 1954 Porsche Speedster and a 1951 Jaguar, maybe the best works of art for automobile enthusiasts.

In this Miami home, there are different shades of beauty. The sky is the limit when it comes to decoration.