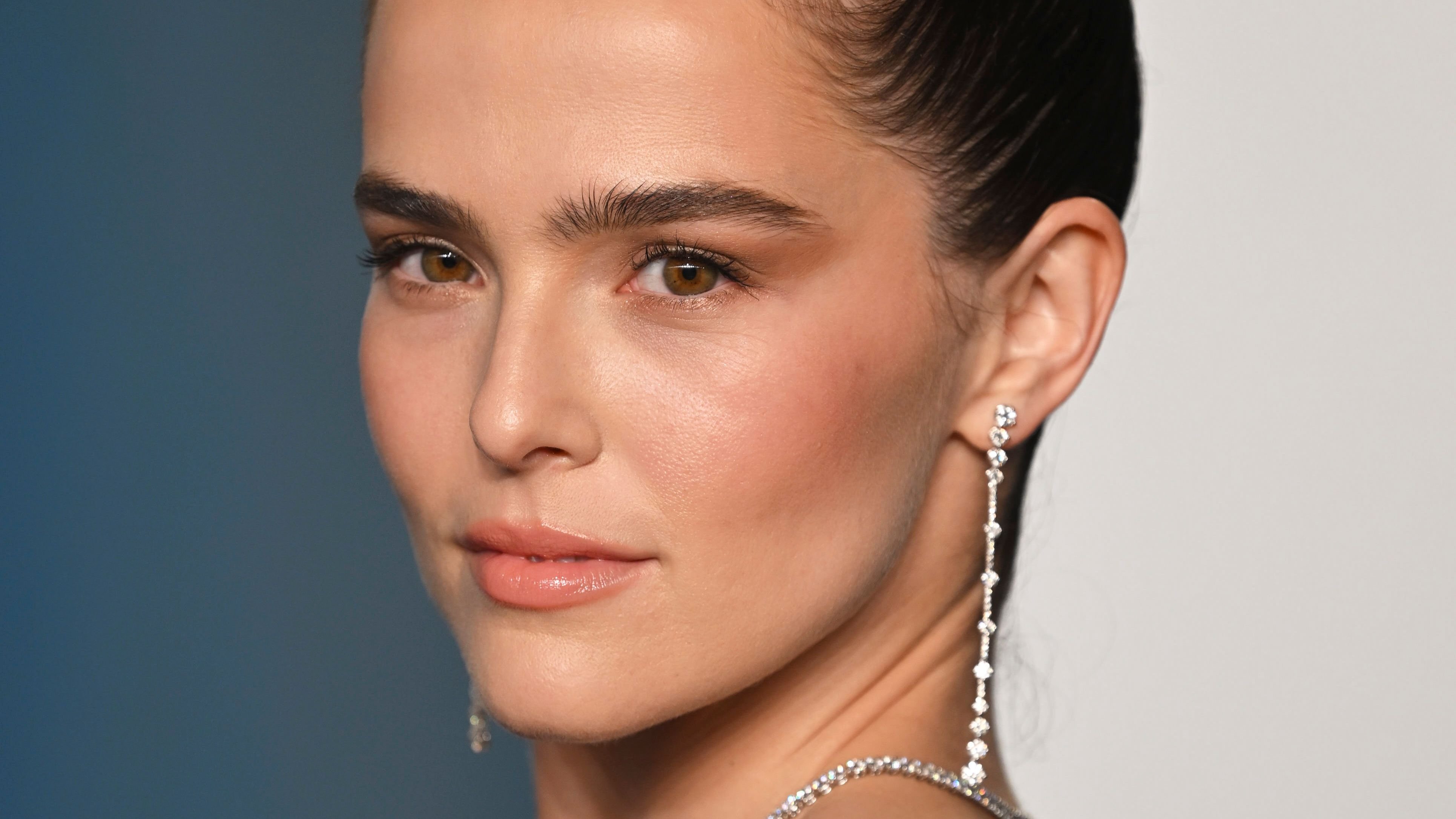 Zoey Deutch was the epitome of elegance as she stepped out in New York in a chic Fendi pantsuit and little else. Wearing only a bra underneath a flowy, longline blazer, she paired it with wide-leg trousers that nearly completely covered her open-toe heels.

Photographed in the East Village while heading to The Tonight Show, the actress, who guested for Jimmy Fallon to talk about her latest movie, The Outfit, dropped several snaps on Instagram for her 2.9 million followers to enjoy.

Scroll for the photos! 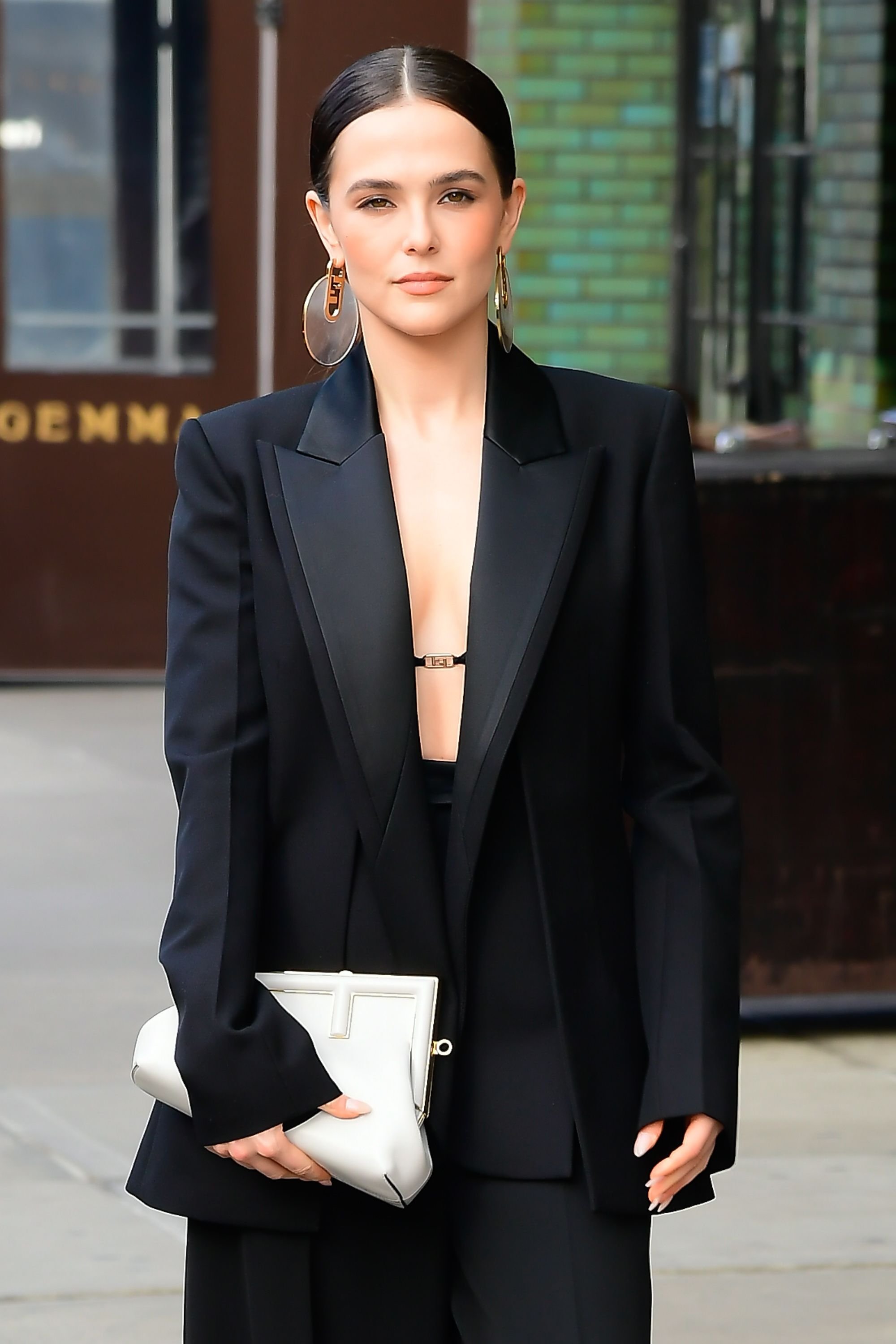 Spreading her action across four separate posts, the 27-year-old kicked off the sharing spree with a collection of close-ups wherein she showed off her lapeled jacket while posing backed by a white wall. The snaps showcased her extravagant Fendi earrings in detail and teased her bra, which appeared to be nude mesh with sophisticated embroidery.

Glammed up to perfection with skin-toned smokey eye makeup, peach lipstick, and matching blush, Deutch shot intense stares at the camera, displaying the hint of a smile at the end of the three-part series. "Gettin [sic] all biz-snazzy 💼 for @fallontonight," she wrote in the caption. 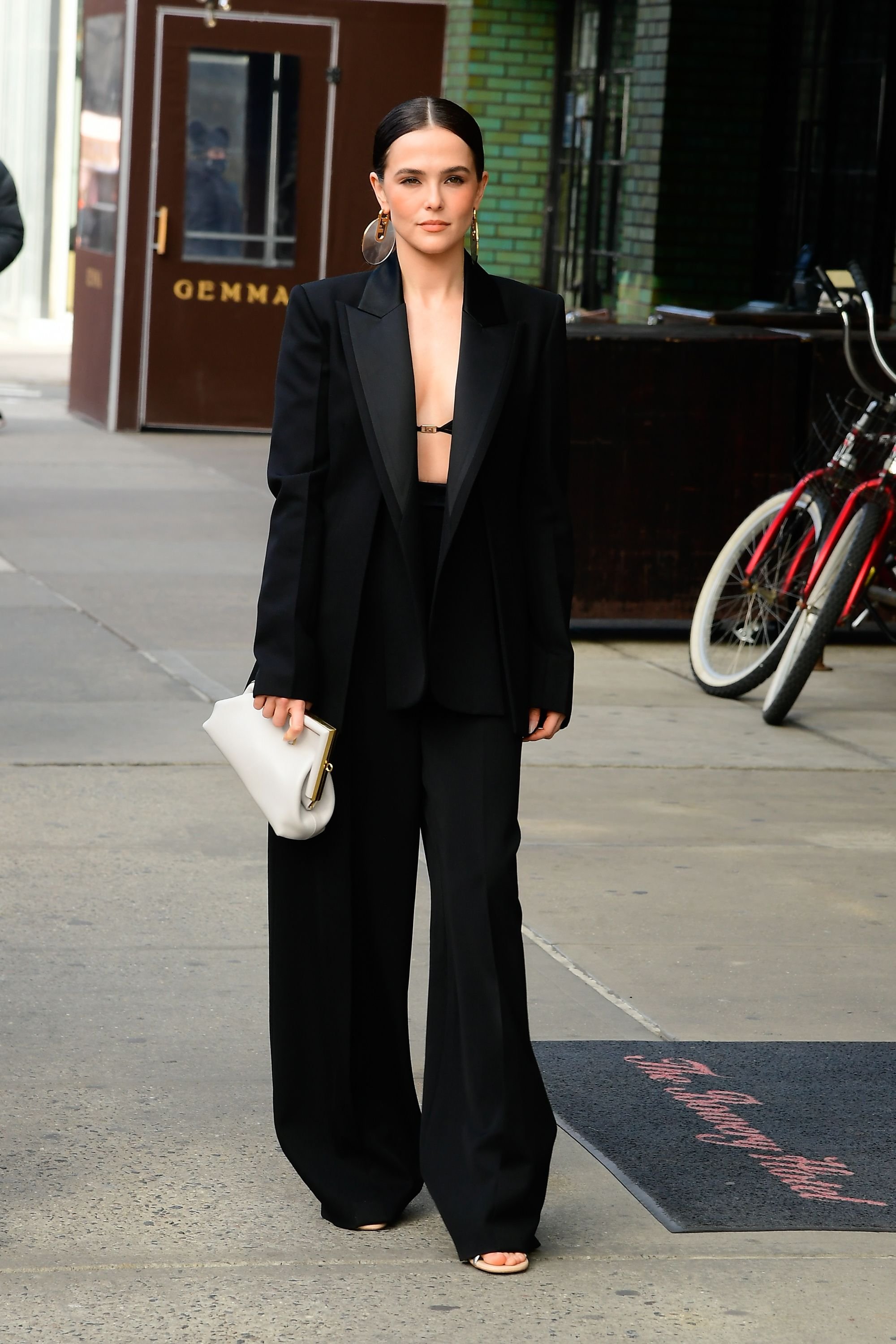 Deutch followed up with a carousel of full-body shots wherein she showed off the outfit in detail. In the pictures, fans could admire the high slits on the front of her blazer, which allowed the Fendi-print lining to be seen. The monochrome look was offset by a white clutch and strappy sandals.

"When promoting a movie called the outfit it’s only appropriate to get suited up," she quipped in the caption.

The actress also shared two videos from her appearance on The Tonight Show, including a clip in which she put Fallon's Yiddish vocabulary to the test.

Another video saw her demonstrating her talent for accents as she sampled through the accent of her Zombieland: Double Tap character, Madison, as well as Minnesotan, Southern, and Long Island. 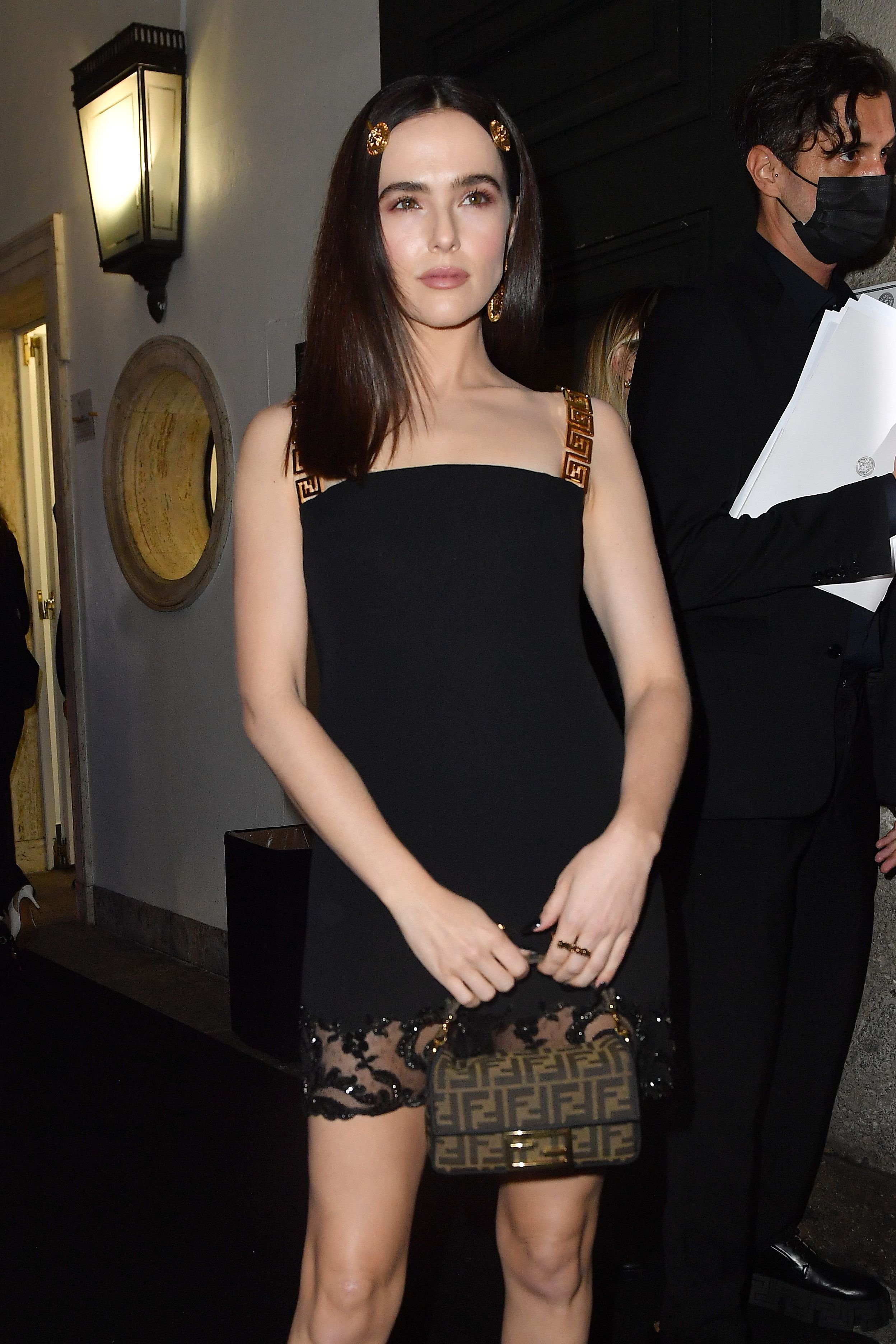 This comes after the Ringer alum turned heads in a little black dress at the Fendi and Versace joint collection launch during Milan Fashion Week. Looking fabulous in a thigh-skimming number with a lace hem and metallic-gold straps, she totted a Fendi purse, going Versace with her bling. She wore large coin-shaped earrings and gold clips in her hair, finishing off the look with a pair of rings on her fingers, glossy sling-backs, and a classy hairstyle. 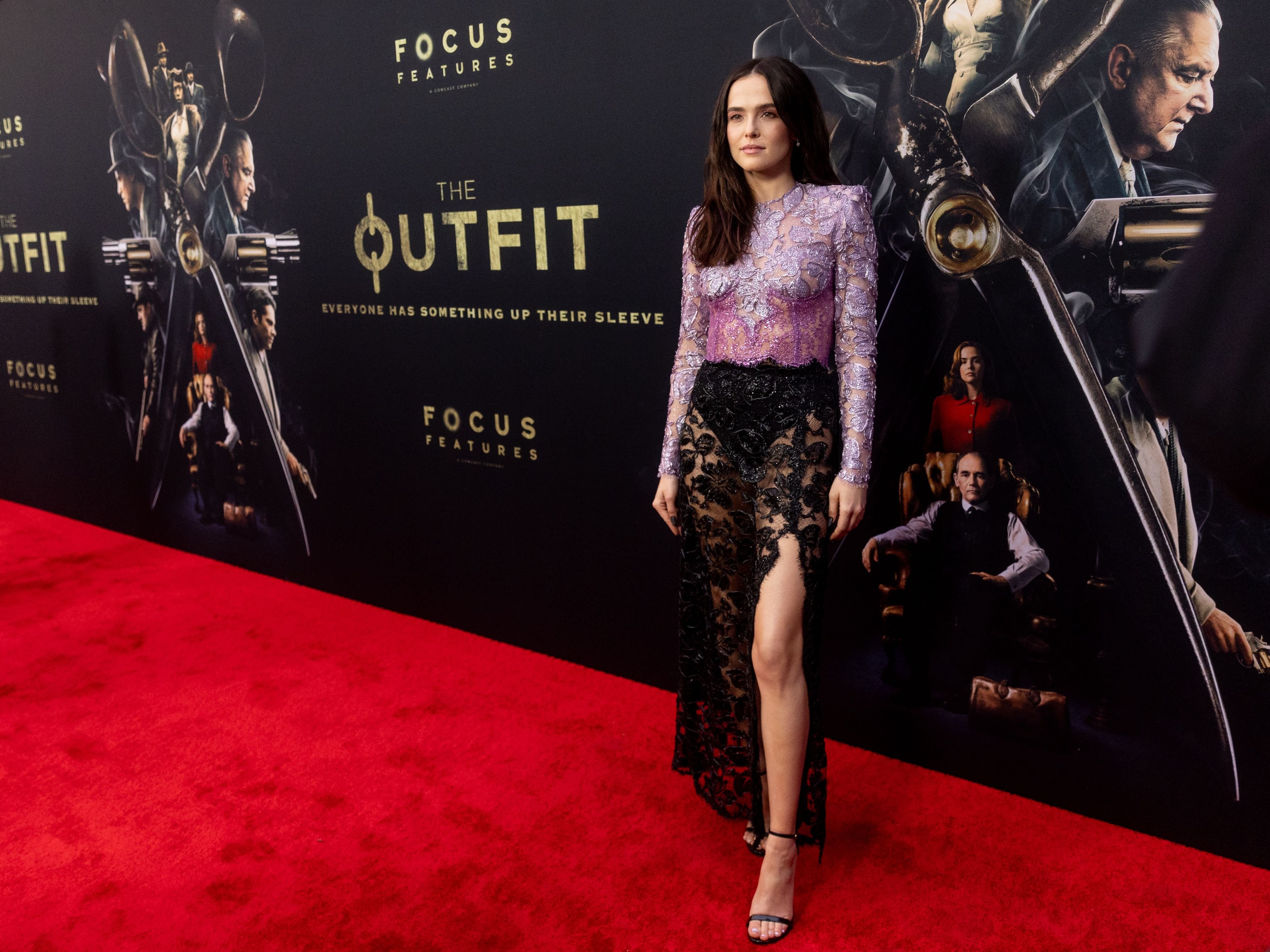 Making recent headlines for her Carolina Herrera look at the Vanity Fair Oscars After-Party, Deutch continued to bring her fashion A-game throughout the press tour for her movie. The actress wore Valentino for an appearance on The Today Show, with photos added to her feed showcasing a vibrant yellow top that looked like a pair of scarves attached to a collar.

The 27-year-old opted for an Oscar de la Renta look for the movie premiere, looking stunning in a blue leather jacket and matching mini skirt, which she paired with a green ribbed top, via Vogue. She later went leggy in see-through lace for a screening at Ace Hotel in L.A.