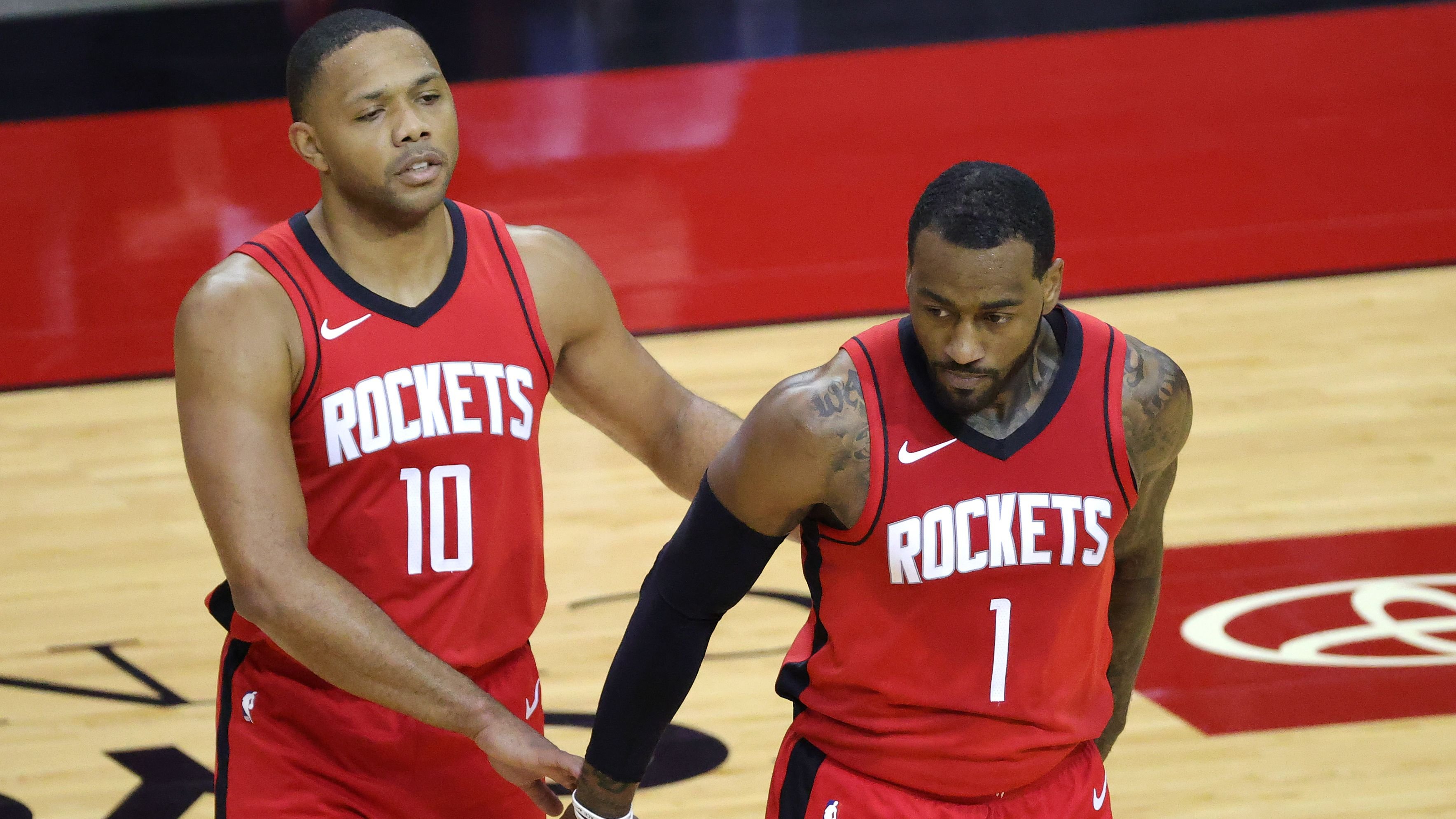 In the past months, rumors have been continuously swirling around All-Star point guard Russell Westbrook and his future with the Los Angeles Lakers. Westbrook may remain an official member of the Purple and Gold in the 2021-22 NBA season, but the Lakers seriously considered trading him before the 2022 NBA trade deadline. One of the teams that have engaged in a trade discussion with the Lakers was the Houston Rockets.

The Lakers and the Rockets talked about a potential deal involving Westbrook and John Wall before the 2022 NBA trade deadline. However, the trade failed to materialize after the Lakers refused to give up a future first-round pick. 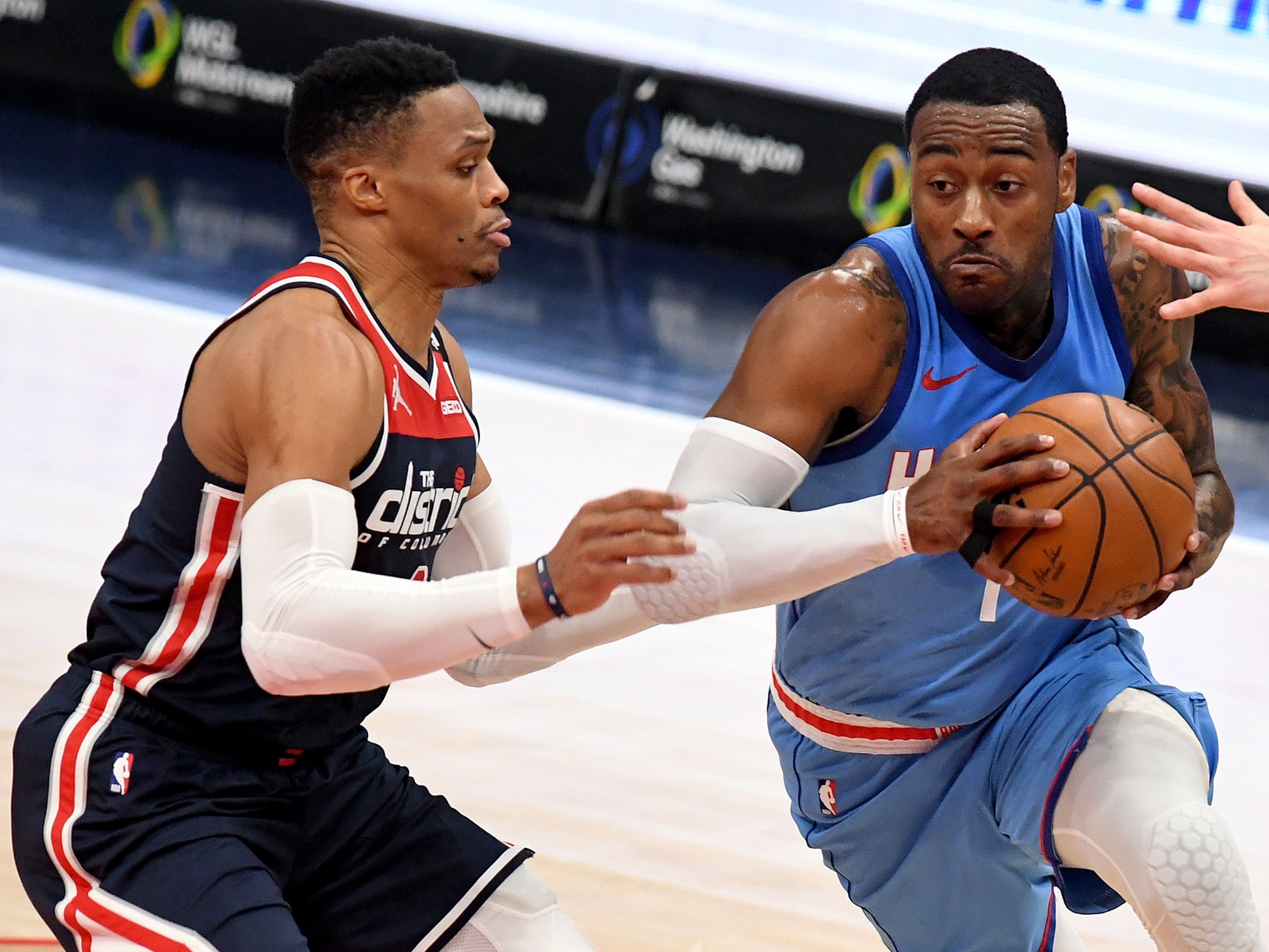 Despite how their trade-deadline negotiation concluded, Greg Swartz of Bleacher Report believes that the Lakers and the Rockets could revisit the Westbrook-for-Wall deal in the 2022 NBA offseason. This time, veteran shooting guard Eric Gordon would accompany Wall on his way to Los Angeles. In the proposed trade scenario by Swartz, the Lakers would be sending a trade package that includes Westbrook, Talen Horton-Tucker, and a top-10 protected 2027 first-round pick to the Rockets in exchange for Wall and Gordon.

If the trade would push through next summer, Swartz thinks it would help both teams in filling up the needs to improve on their roster.

Why The Rockets Would Make The Trade 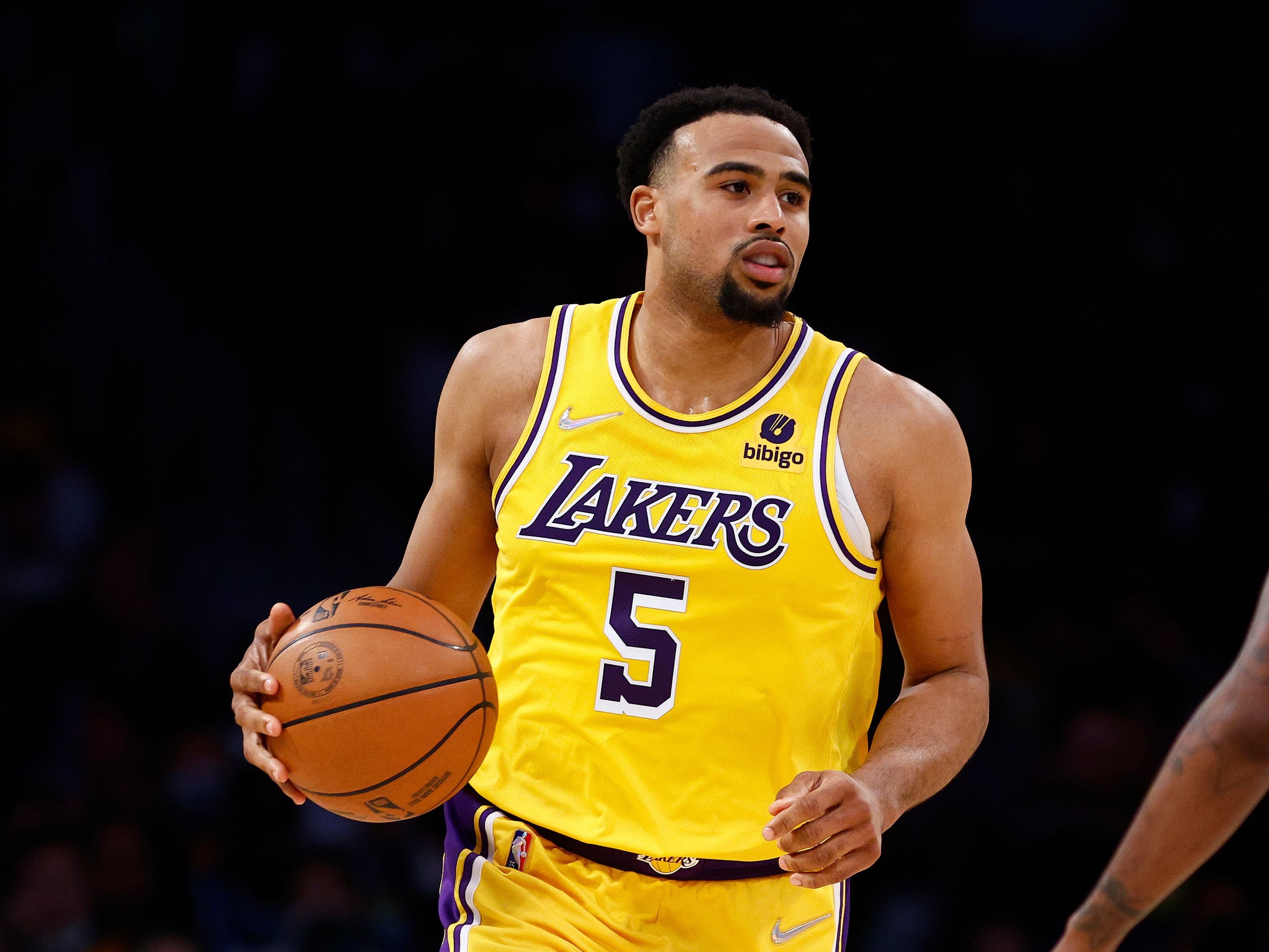 Trading Wall and Gordon should be a no-brainer for the Rockets, especially now that they are still in the initial phase of the rebuilding process. Though they still take a massive salary in return, the suggested trade would enable them to add another young and promising player that they could develop alongside Jalen Green and Kevin Porter Jr. in Horton-Tucker while acquiring another future first-round pick that they could use to draft another talented prospect.

With the team currently focused on the development of their young players, the Rockets are highly unlikely to keep Westbrook. They could try trading him to another team or buy out his expiring contract.

Lakers Get A New PG 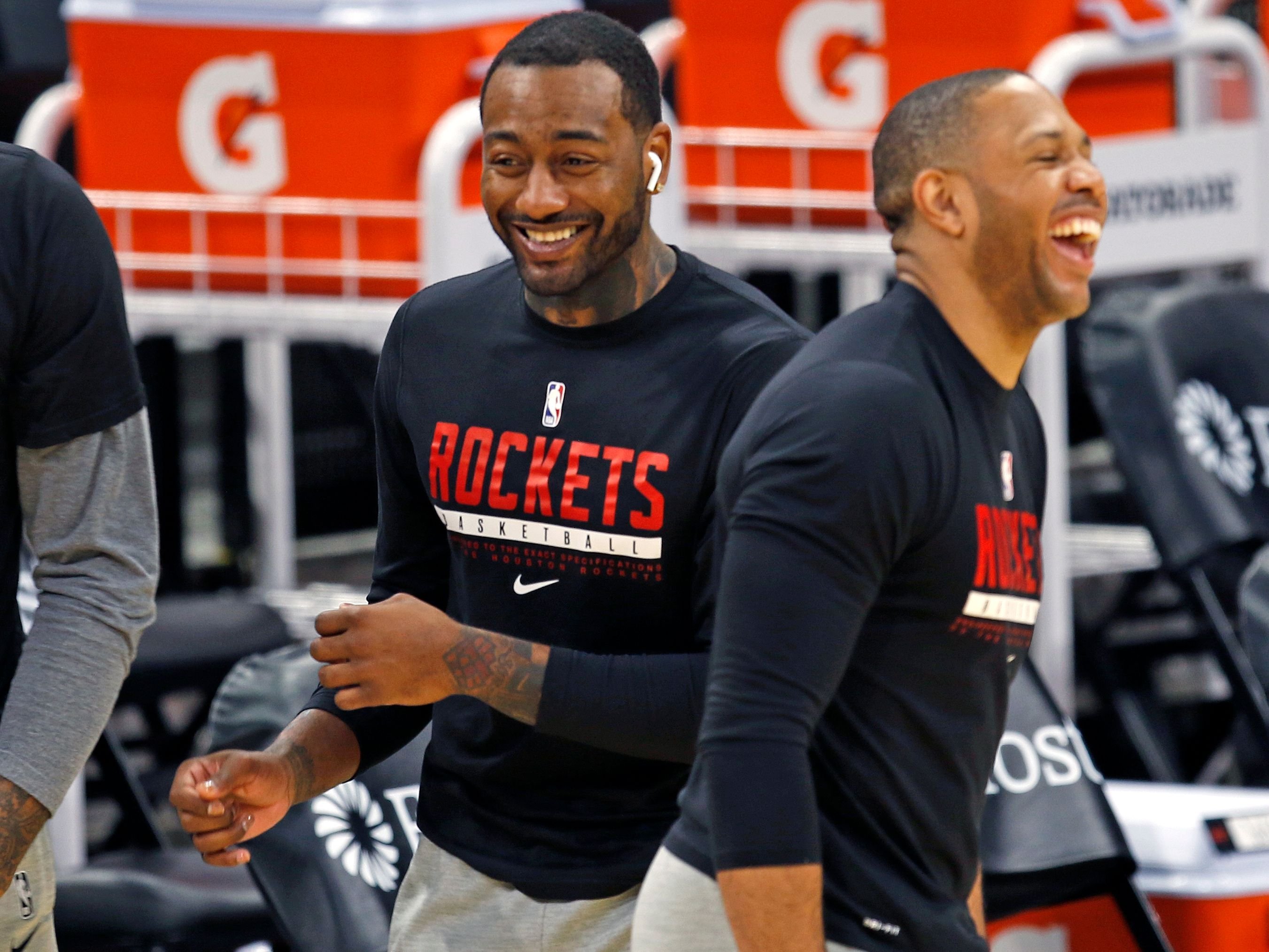 Swapping Westbrook for Wall would come with a huge risk for the Lakers, especially knowing that he hasn't played s single game since suffering an injury during the 2020--21 NBA season. However, if they can confirm that he's 100 percent injury-free and ready to make an immediate impact on the court, Wall would in no doubt be an intriguing acquisition for the Lakers. The Lakers are highly likely to get intel regarding Wall's health before they make a trade since, like LeBron James and Anthony Davis, he's being represented by Rich Paul of Klutch Sports Group. 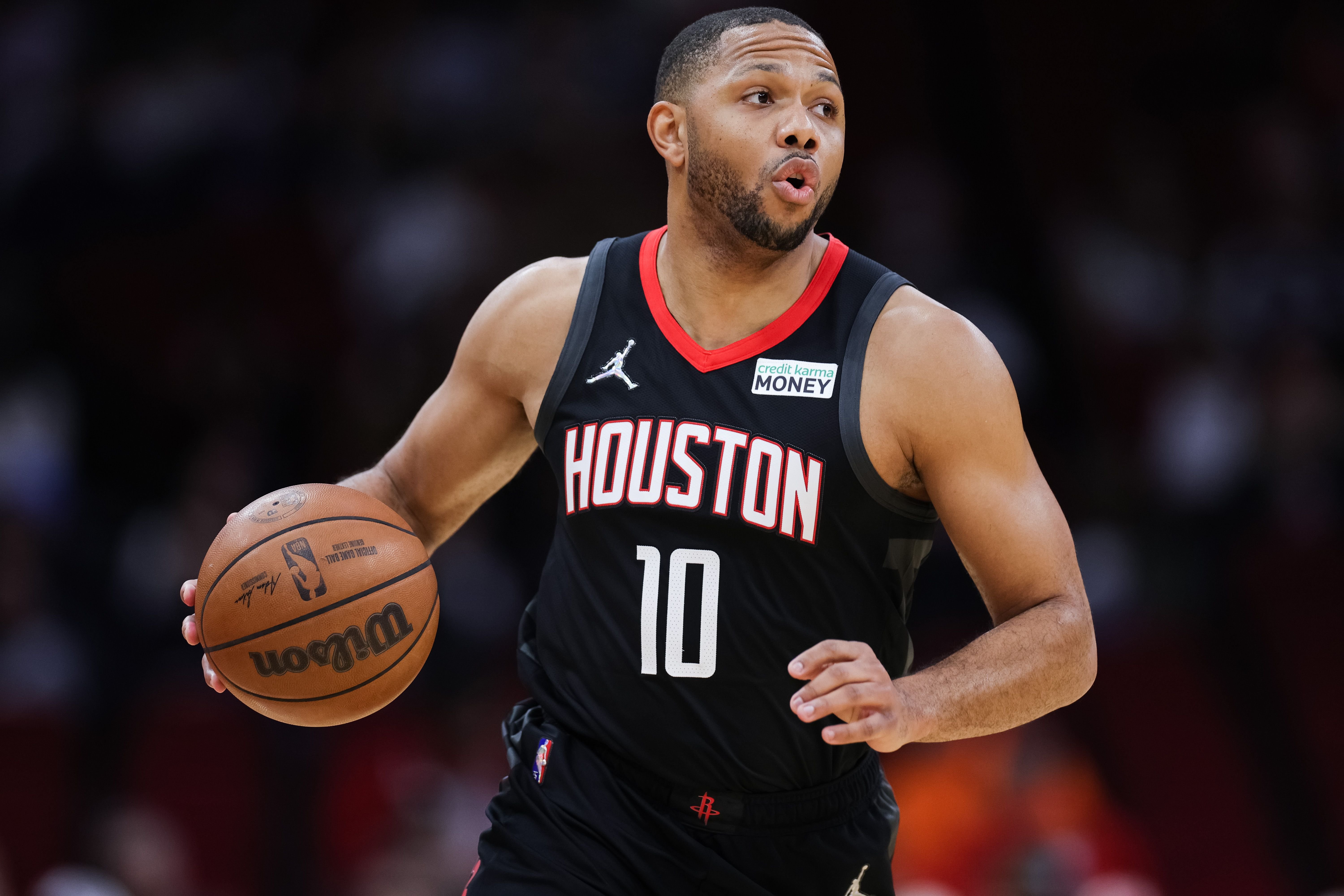 While there would still be some questions regarding Wall's fit with the team, the Lakers would greatly benefit from the potential acquisition of Gordon. Gordon may already be on the wrong side of 30, but he remains a very reliable contributor on the offensive end of the floor. The 33-year-old shooting guard would give the Lakers a solid veteran role player who can efficiently knock down shots from beyond the arc and excel in an off-ball capacity.

Sharing the floor with an elite three-point shooter like Gordon would make it easier for James and Davis to penetrate the basket or kick the ball out when they are trapped by the opposing team's defense.