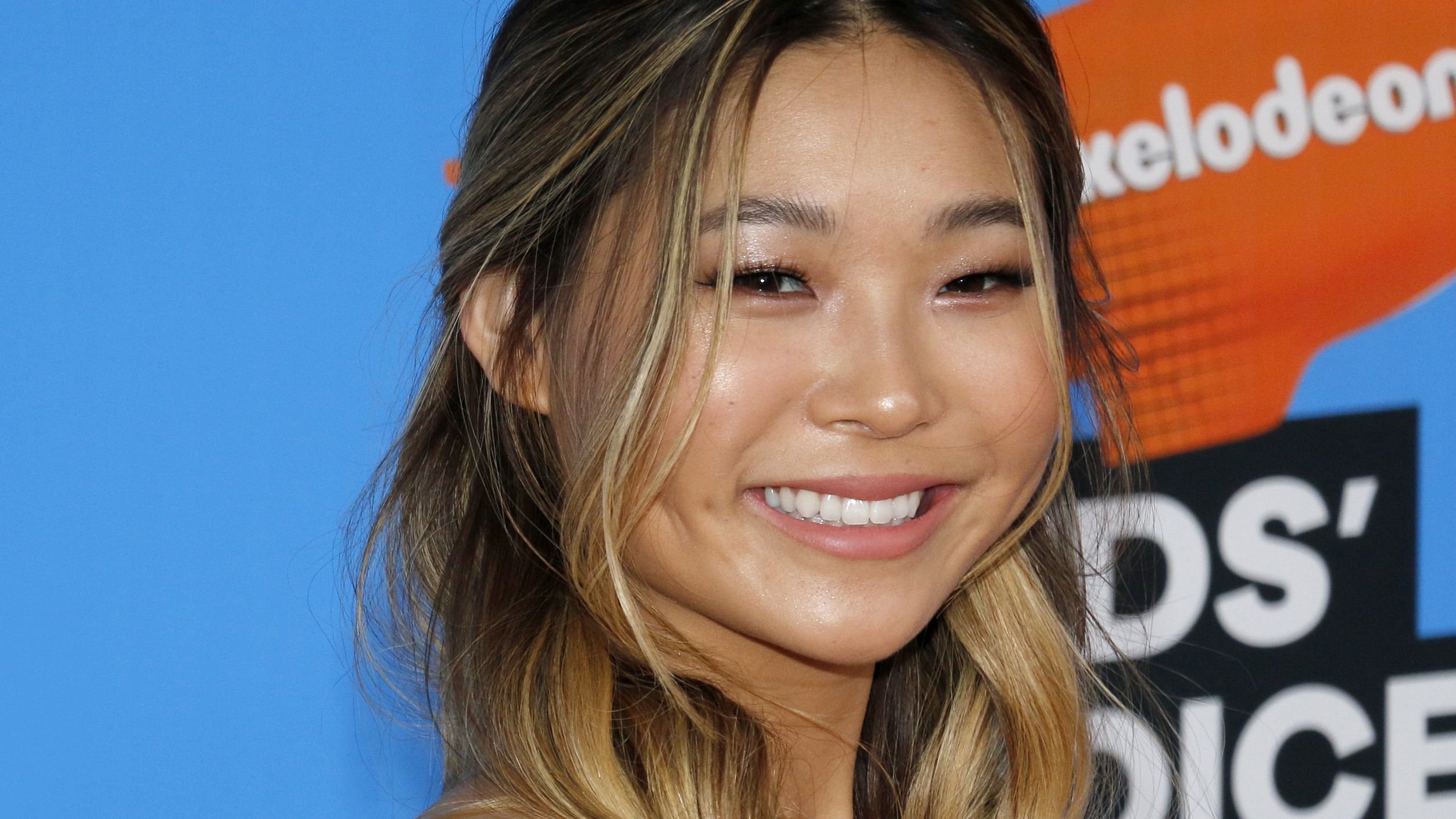 Snowboarder and Olympian Chloe Kim has been showing off her famous pins and absolutely not wearing skiwear. The 21-year-old Halfpipe queen was making sure America knows what she's up to ahead of the weekend, with an appearance on The Late Late Show With James Corden marked on her Instagram.

All smiles, the blonde beauty shared her high-profile talk show moment, and it was a killer look for Chloe as she went thigh-skimming in a trendy and leggy minidress. Check out the photo and more below.

Scroll for the photo, one opening a gallery of two images. The Google Play partner was seen sandwiched between British host James Corden and fellow guest Ike Barinholtz. Kim showcased her killer legs as she held up her Gold Olympic medal, although eyes may well have been on the style as she social media sensation wore a denim minidress somewhat unbuttoned.

Chloe held up her medal while seated in her first photo, then reappearing full-length and walking onto the set with a swipe right. Here, fans saw her in low-key and comfy white sneakers as she sent out a double hand wave. 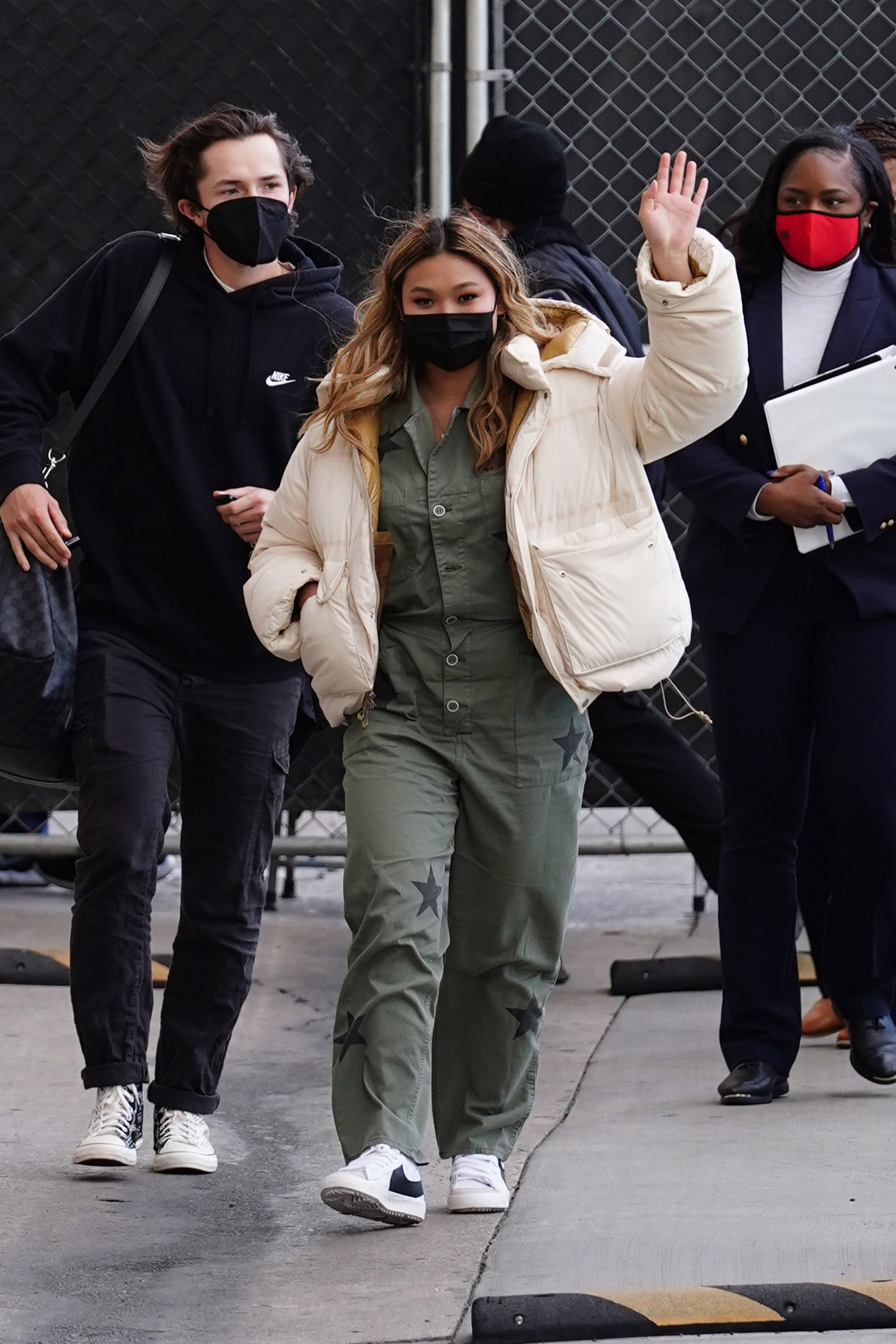 Taking to her caption, the athlete told fans: "LATE LATE SHOWW! Thanks for having me @j_corden @latelateshow I had so much fun! Make sure to tune in tonight! ❤️" A like quickly came in from 32-year-old Olympic gymnast Nastia Liukin, with fans leaving Chloe over 68,000 likes.

Kim, followed by 908,000 on Instagram, had posted shortly after a slopes snap while holding out the American flag and clad in a ski suit and boots. "Us," she'd written with a heart emoji while smiling and surrounded by snow.

Not Just On TV 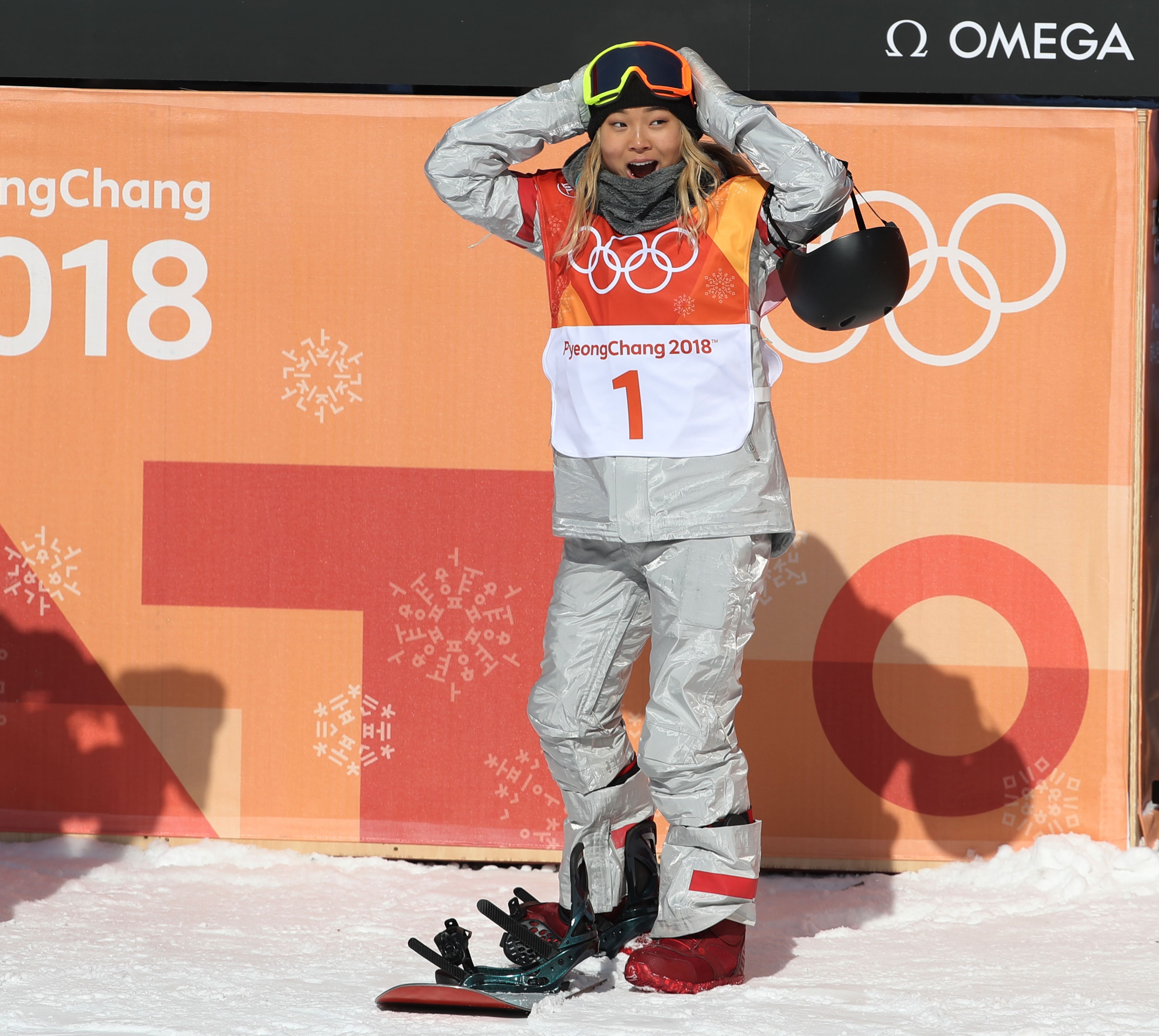 Chloe is winning in every which way possible these days. The six-time X Games gold medalist has snagged herself a deal with sportswear giant Nike, joining Nike faces including tennis pro Serena Williams and gymnast Simone Biles (who's since ditched the king of sports clothing).

"Beyond excited to join the Class of Fall 2021 for @nike’s Fall LookBook campaign," Chloe wrote in July 2021, adding: "When I took a year off snowboarding to go to school, I wasn't sure what to expect, but it ended up giving me exactly what I needed to stop doubting myself and just be me."

Chloe isn't just shouting out Nike and the Roxy brand she fronts on social media. A video, below, proved that Chloe adores one of the U.S' most-popular breakfast cereals, Cinnamon Toast Crunch. Kim's minidress post also caught a like from Estonian Olympian Kelly Sildaru.