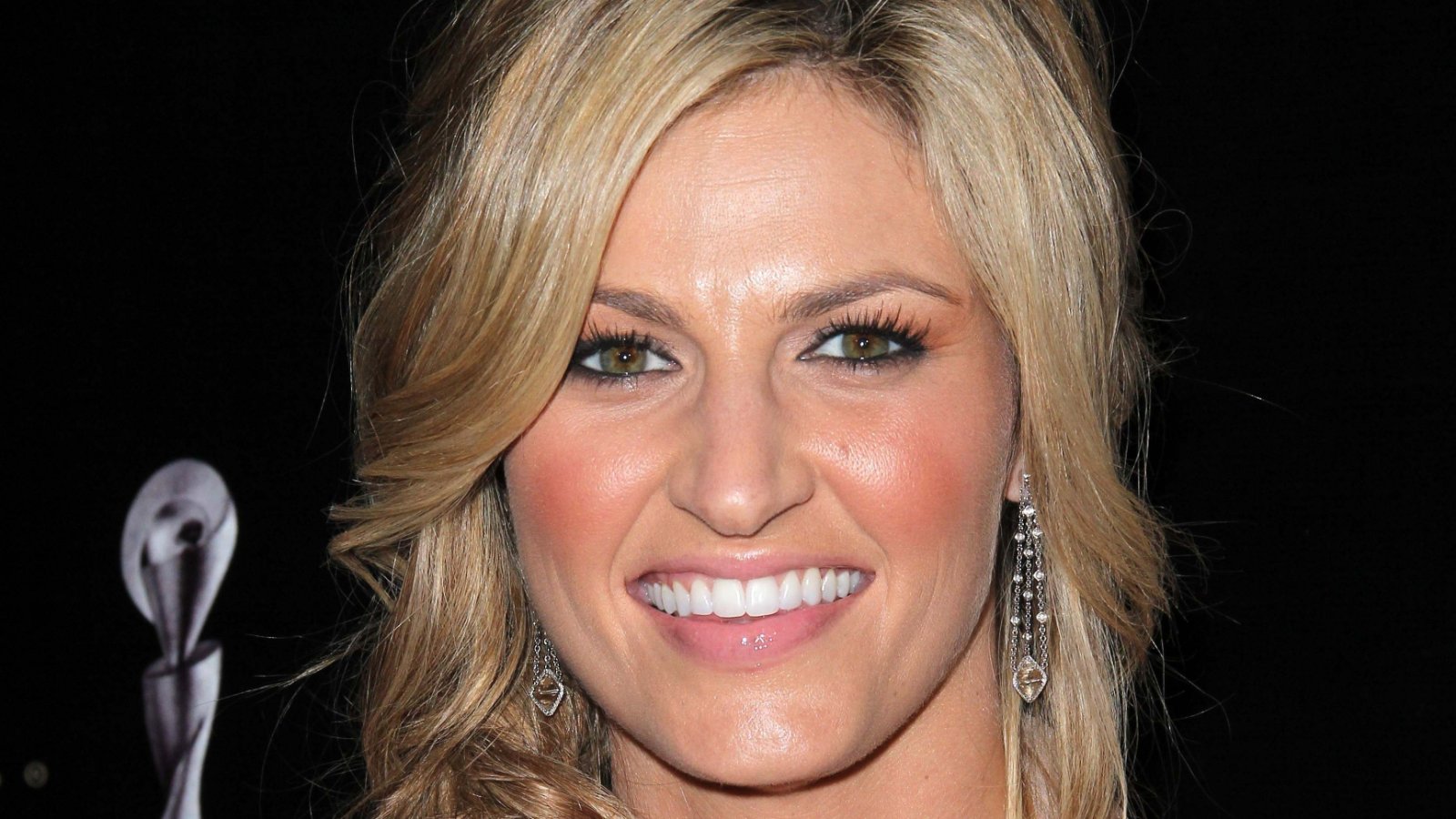 Erin Andrews is happily married but the gorgeous 43-year-old sportscaster and former Dancing with the Stars co-host went through a few high-profile relationships before finding love alongside NHL star Jarret Stoll. Judging from her dating resume, the FOX sideline reporter seems to have a thing for younger men, which also includes her Stanley Cup champion hubby, 39. Before tying the knot in 2017, she was linked to a couple of other professional athletes as well as a Hollywood star or two.

Scroll for a look at her past boyfriends and more. 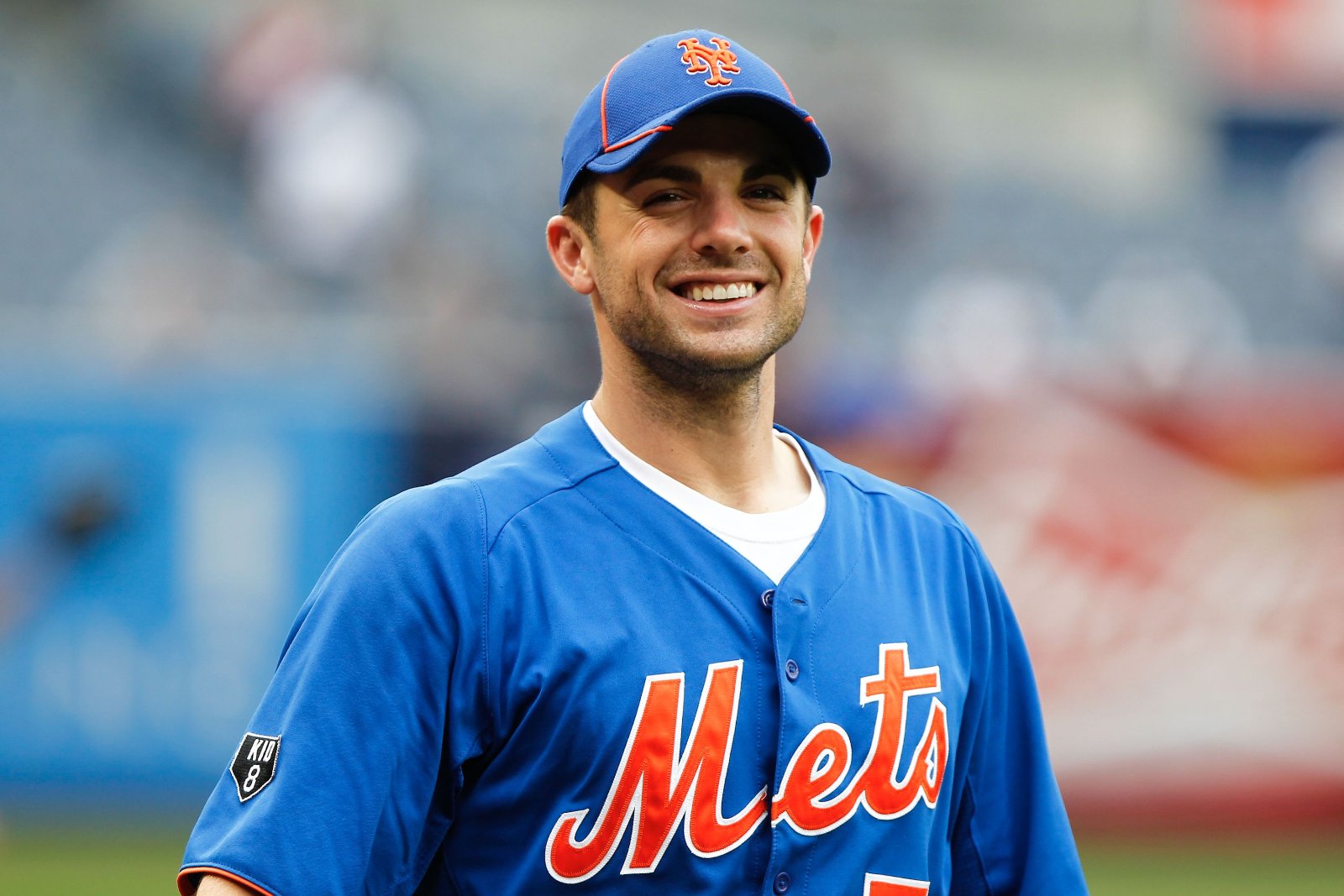 About a decade before walking down the aisle with the hockey player, Andrews was dating New York Mets star, David Wright. The Lewiston, Maine native and the Norfolk, Virginia-born baseballer, who is four years younger, were an item in 2007 but were reportedly not exclusive. About a year after their romance fizzled, rumors of NSFW tape featuring the two started circling the internet. As far as we can document, the alleged tape turned out to be gossip and nothing more. 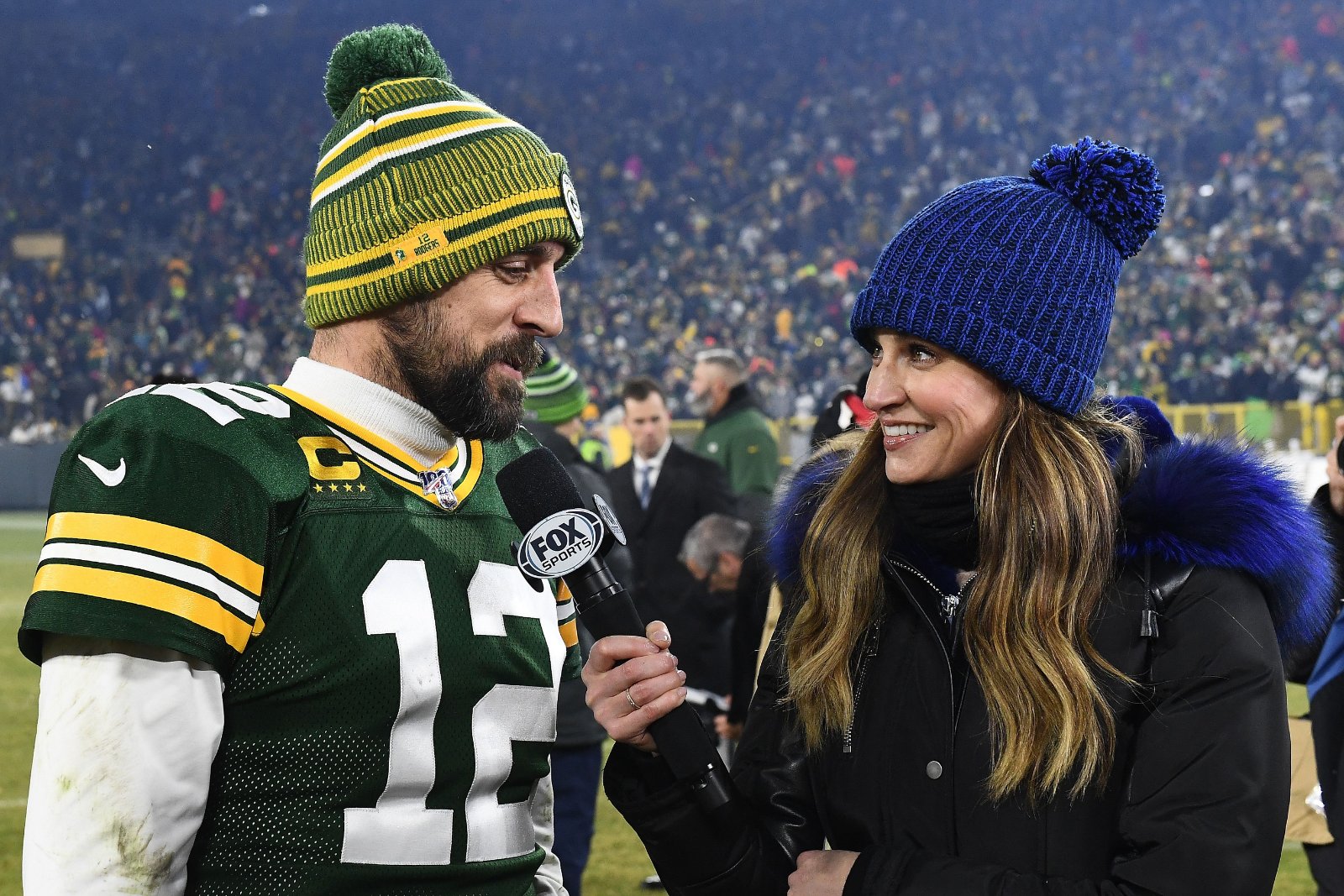 Back in 2010 when she was an ESPN reporter, Andrews allegedly dated NFL star, Aaron Rodgers. According to Essentially Sports, the two were rumored to be an item when the Green Bay Packers quarterback won his first Super Bowl. Andrews interviewed the athlete, who is five years her junior, several times throughout their respective careers, including after his team defeated the Seattle Hawks on Lambeau Field in 2020 (pictured above).

Rodgers is currently engaged to Big Little Lies star Shailene Woodley, with Andrews sharing her reaction to the news on Bravo’s Watch What Happens Live with Andy Cohen: "He kept that undercover, wow [...] I had no idea, and then he unveiled it at his MVP speech [in March 2021], so, surprised everybody, really kept that quiet.” Watch it below. 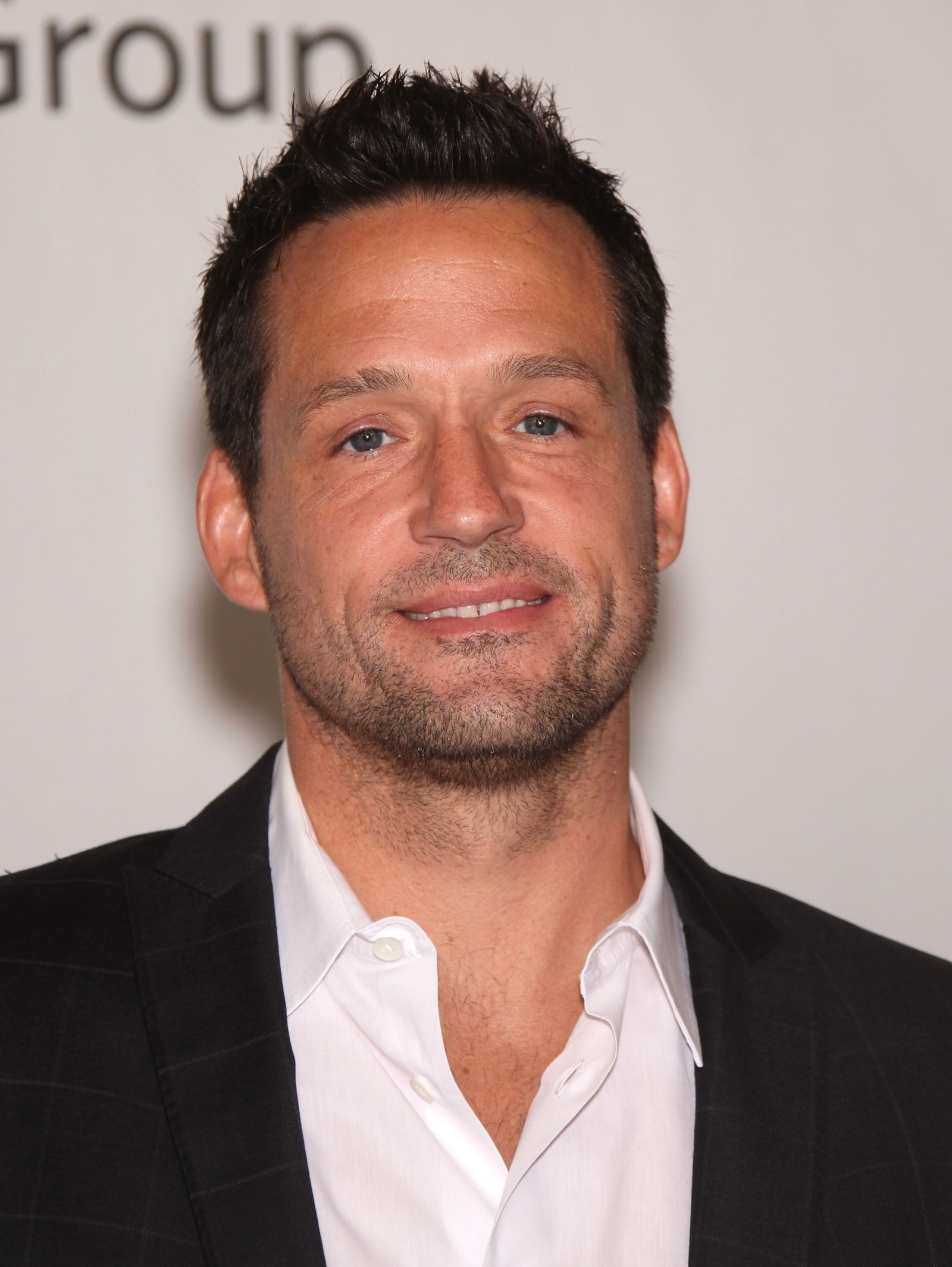 In 2011, Andrews began a romance with Cougar Town actor Josh Hopkins, 51. The pair were spotted holding hands at the Lollapalooza festival in Chicago that August, with a source telling the National Enquirer, via ExtraTV: "Josh has been totally smitten with Erin for a while. He's a huge sports fan, and so is she."

According to the insider, the Ally McBeal and Whiskey Cavalier alum first chatted Andrews up on Twitter a couple of months prior: "Josh began sending Erin tweets saying that he wanted her to think he was cool, and before you know it, they were in love!"

The couple went their separate ways in December that year. 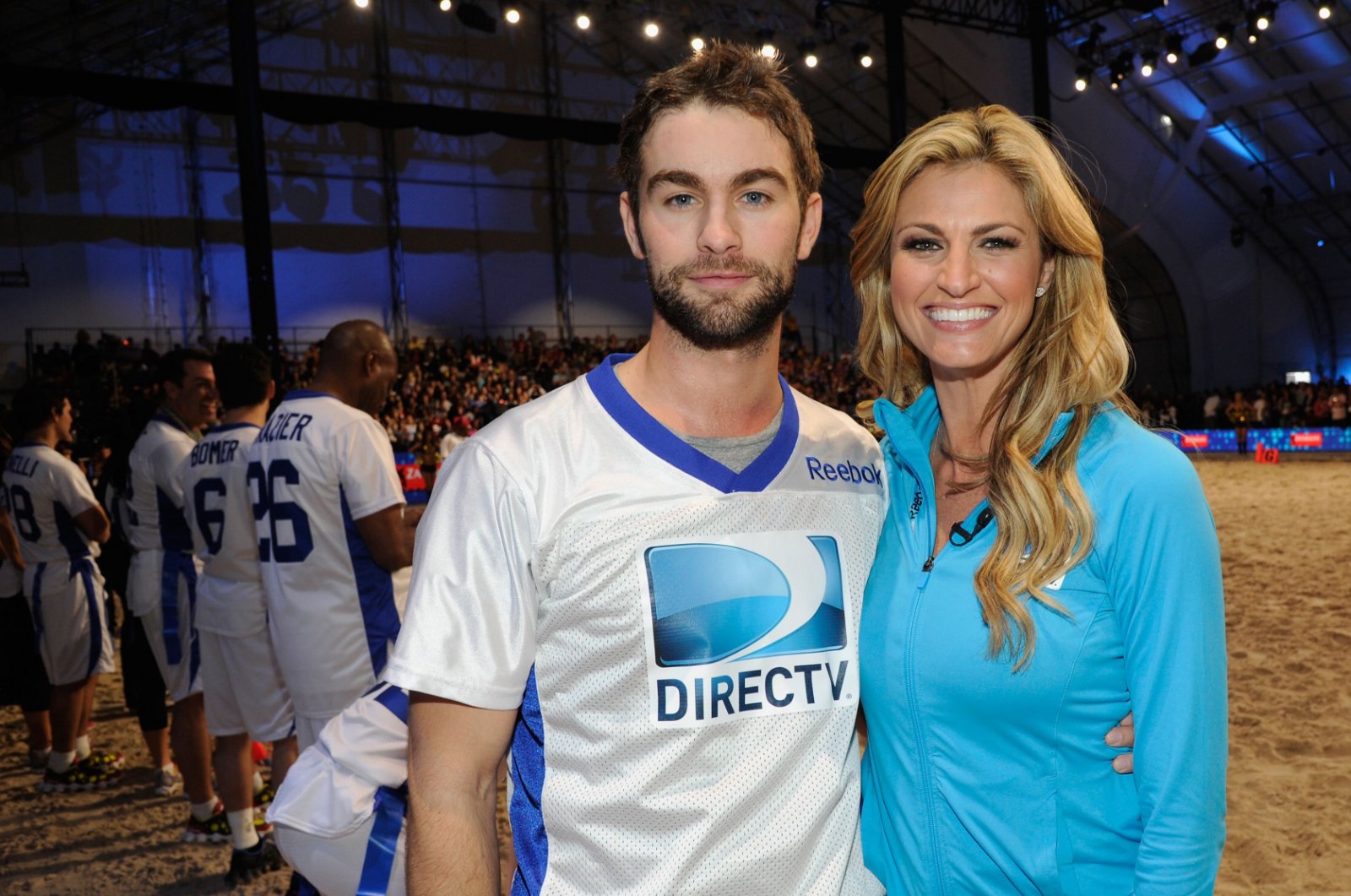 The following year, Andrews moved on with Gossip Girl actor Chace Crawford, 36. Pictured above at the 2012 Super Bowl weekend festivities, the duo dated from May until December that year, their romance snagging a few headlines at the time particularly due to their seven-year age gap. 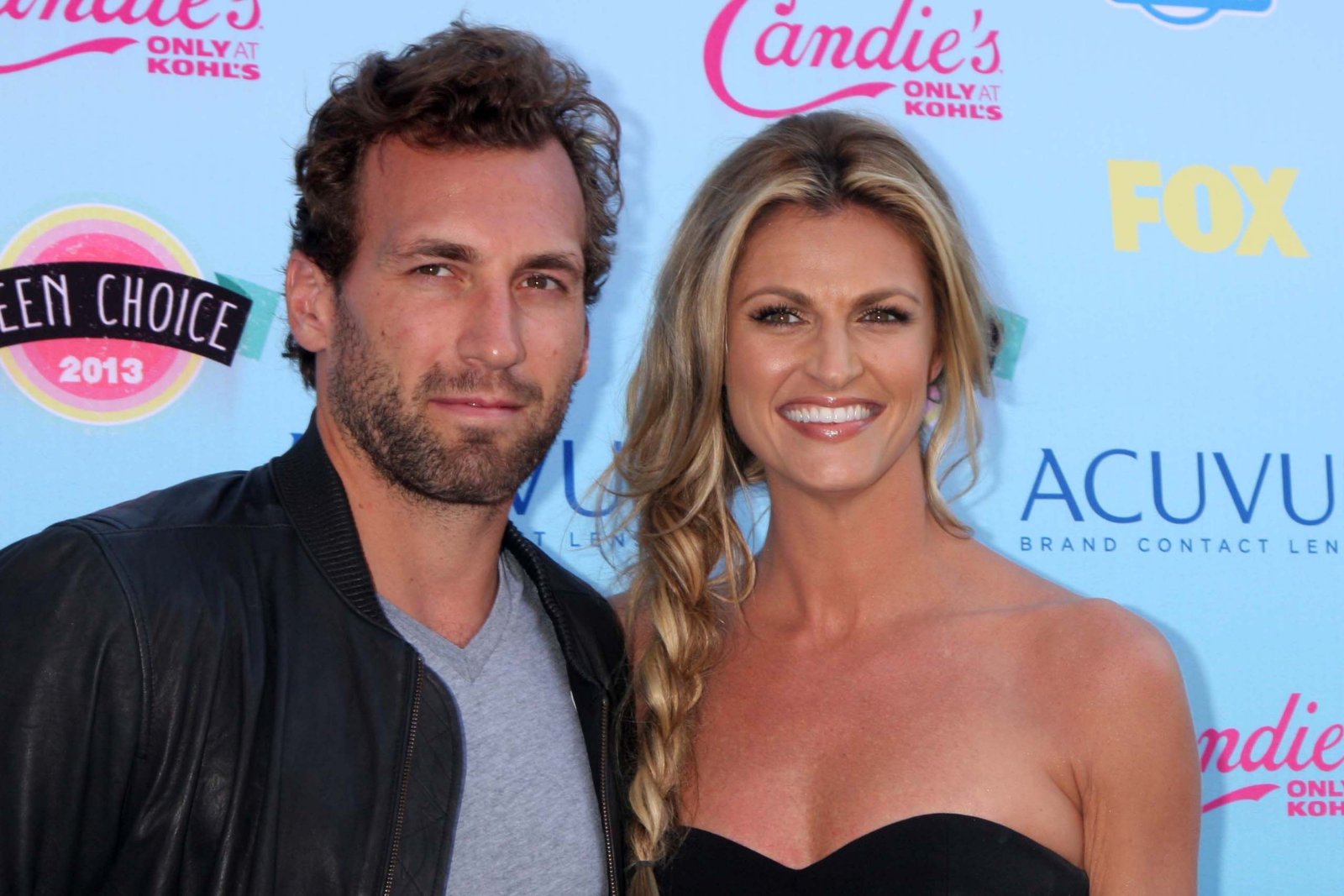 Andrews didn't wait too long to get over the Hollywood hunk. The sportscaster began seeing her future husband, Jarret Stoll, almost immediately after, with the couple dating for three years before getting engaged in 2015. Although the relationship seemingly hit a roadblock when the Canadian athlete was arrested on drug charges that April, leading to a breakup, the two eventually patched things up and moved on with the wedding, which was held on a mountain top in Montana in June 2017.

Of the gorgeous ceremony, Andrews told Harper's Bazaar: "Our favorite creation was the floral chandeliers, they were the centerpieces of the night. I wanted to steal one and take it back to LA with us, but that wasn’t happening. The tables and place settings were simple, mountain modern and elegant. We loved the colors, the style, and the personal touches."

Andrews and Stoll have now been married for four years. Although the TV personality keeps her Instagram mostly job-focused, she occasionally treats fans to sweet photos of her hubby and their golden retriever, Howard.

Likewise, the two-time Stanley Cup winner has shared pictures of his beautiful wife, although he hasn't really been active on Insta since they got hitched.