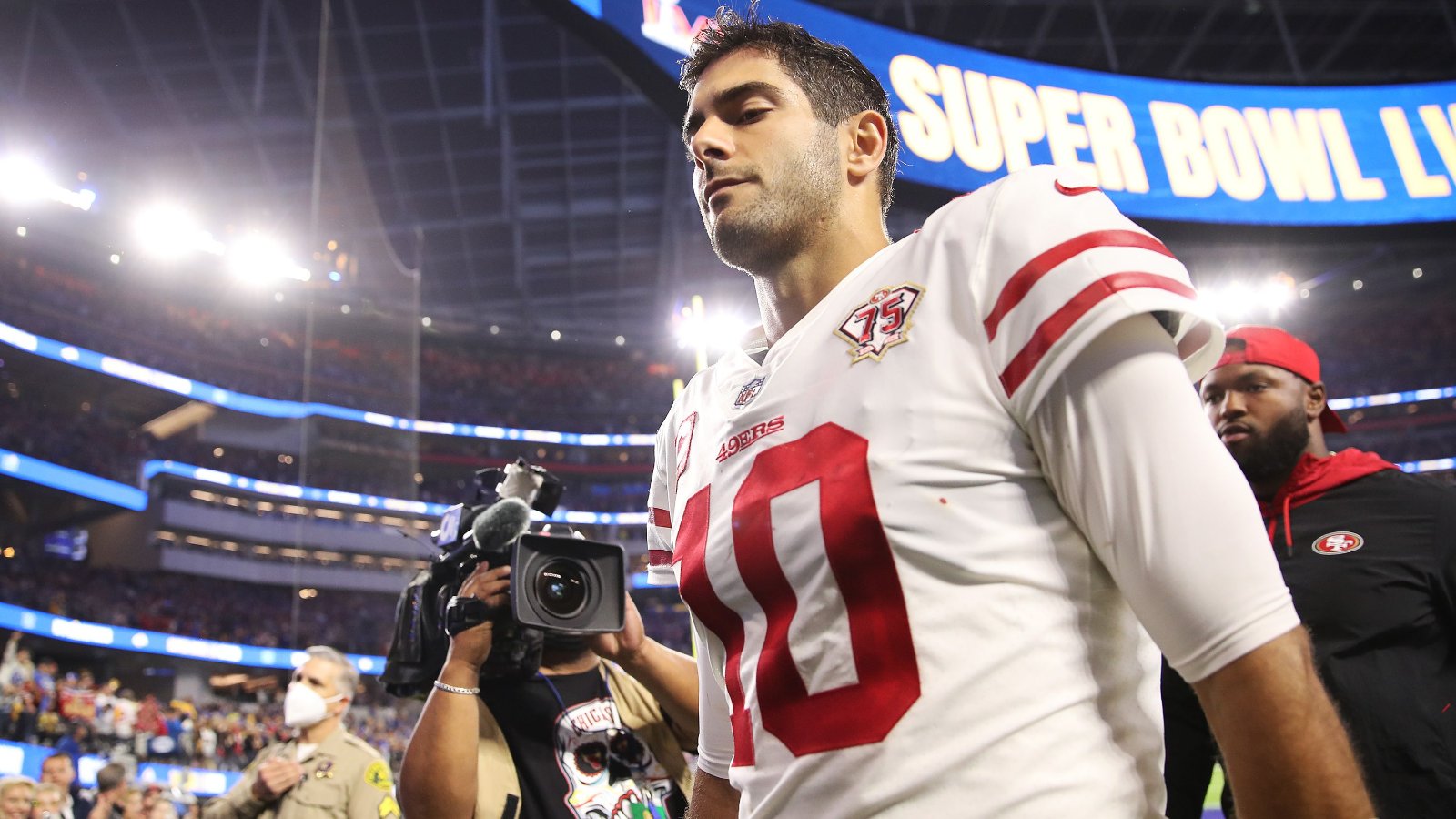 Once again, the San Francisco 49ers came up short when it mattered the most. And, once again, all the headlines will focus on how Jimmy Garoppolo failed to lead the offense and threw a game-sealing interception.

The Niners finished the season strong and had beaten the Los Angeles Rams six times in a row. Now, they'll face an offseason with plenty of uncertainty regarding their veteran quarterback's future. 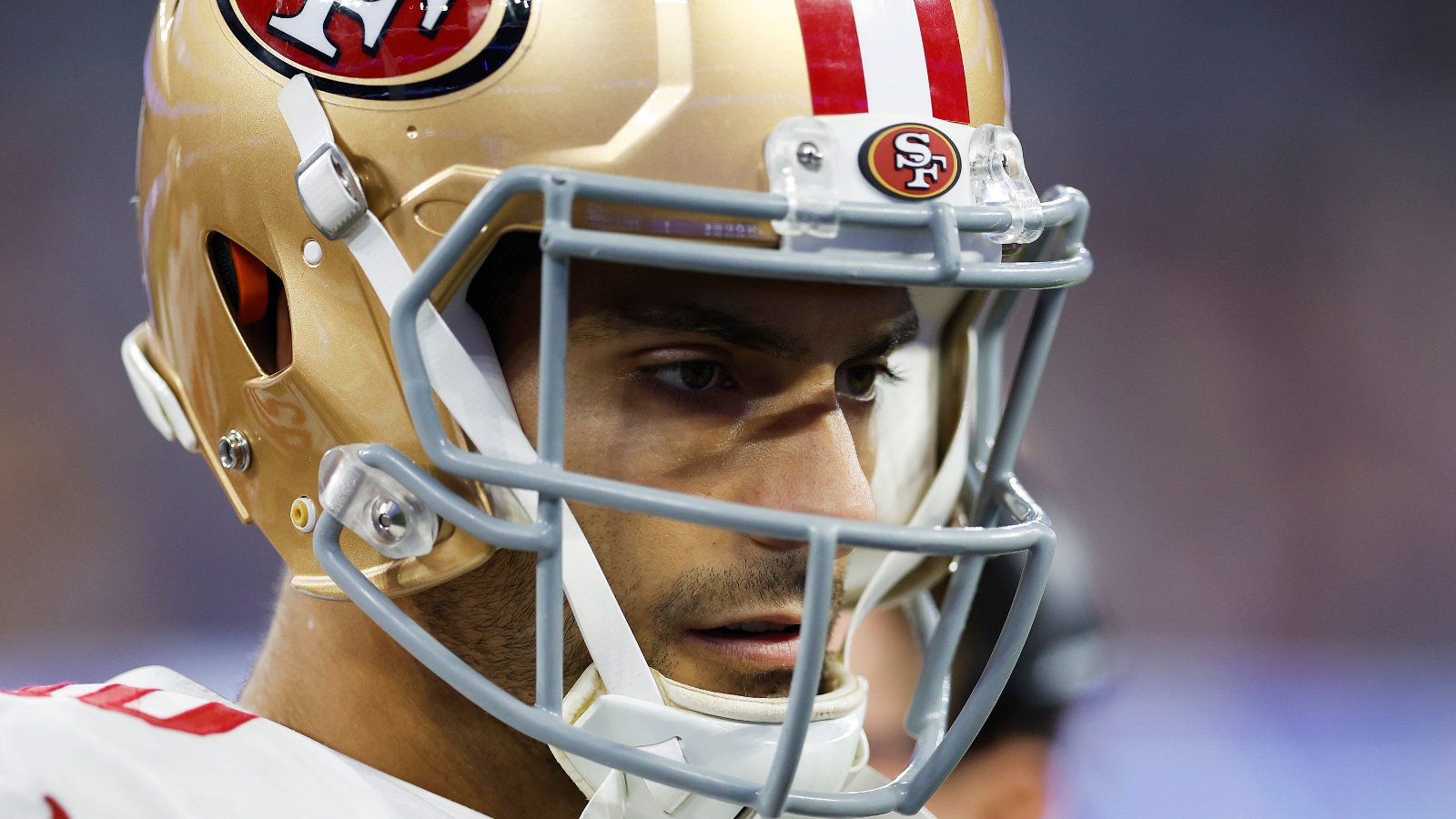 But even if the common sentiment among the fans is that they just don't want Garoppol back with the team, it seems like that's not how his teammates and coaches feel about him.

In a recent appearance at the Pat McAfee Show, FOX sideline reporter Erin Andrews revealed that he's a beloved and respected guy in the locker room by players and the coaching staff alike: 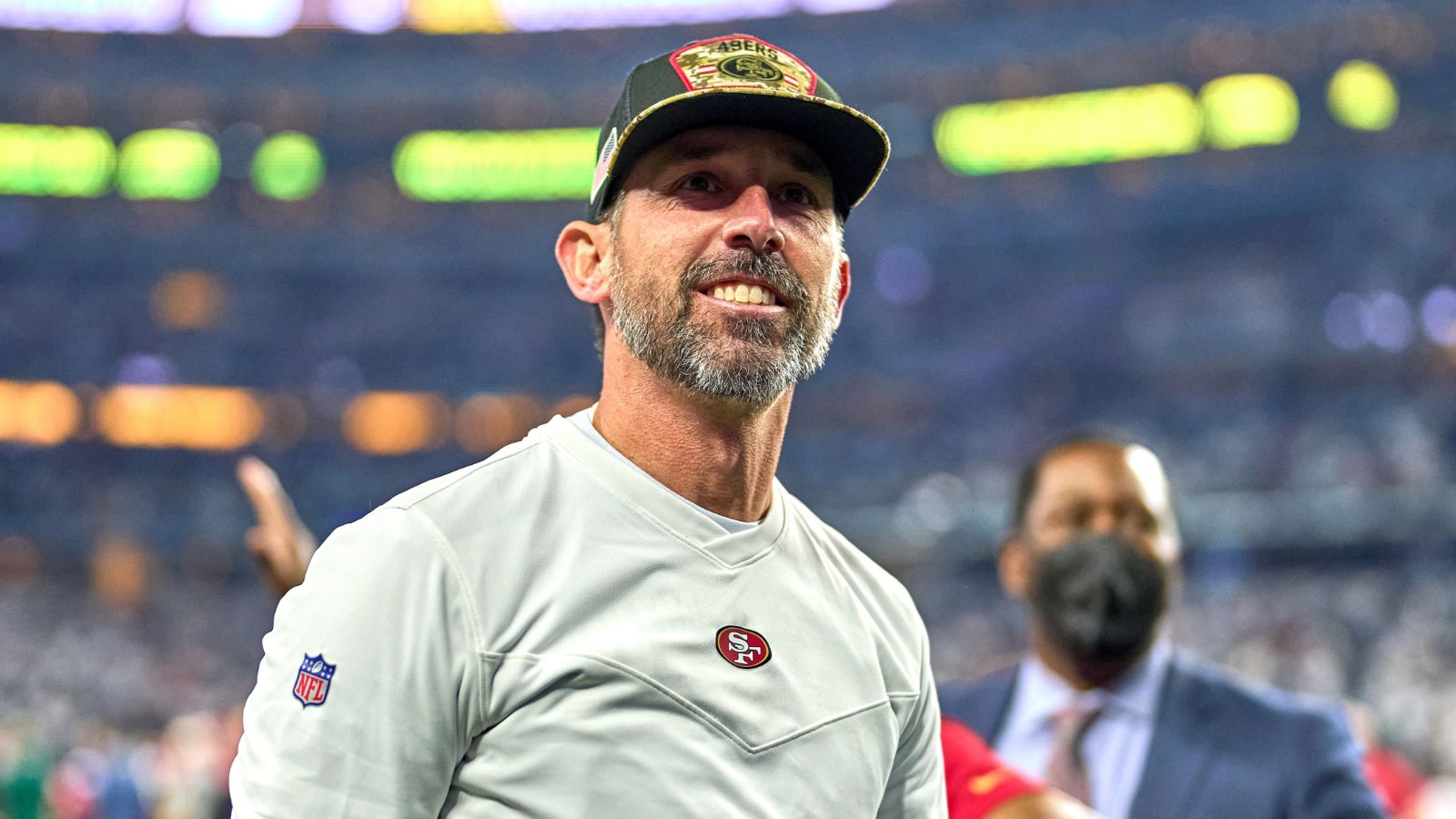 Niners' coach Kyle Shanahan has always had nothing but praise for Jimmy and his work ethic. That didn't change the slightest after the game, as he only had his back and refused to talk about his future and his potential final game with the organization:

Garoppolo Gets Emotional After Potential Last Game With 49ers 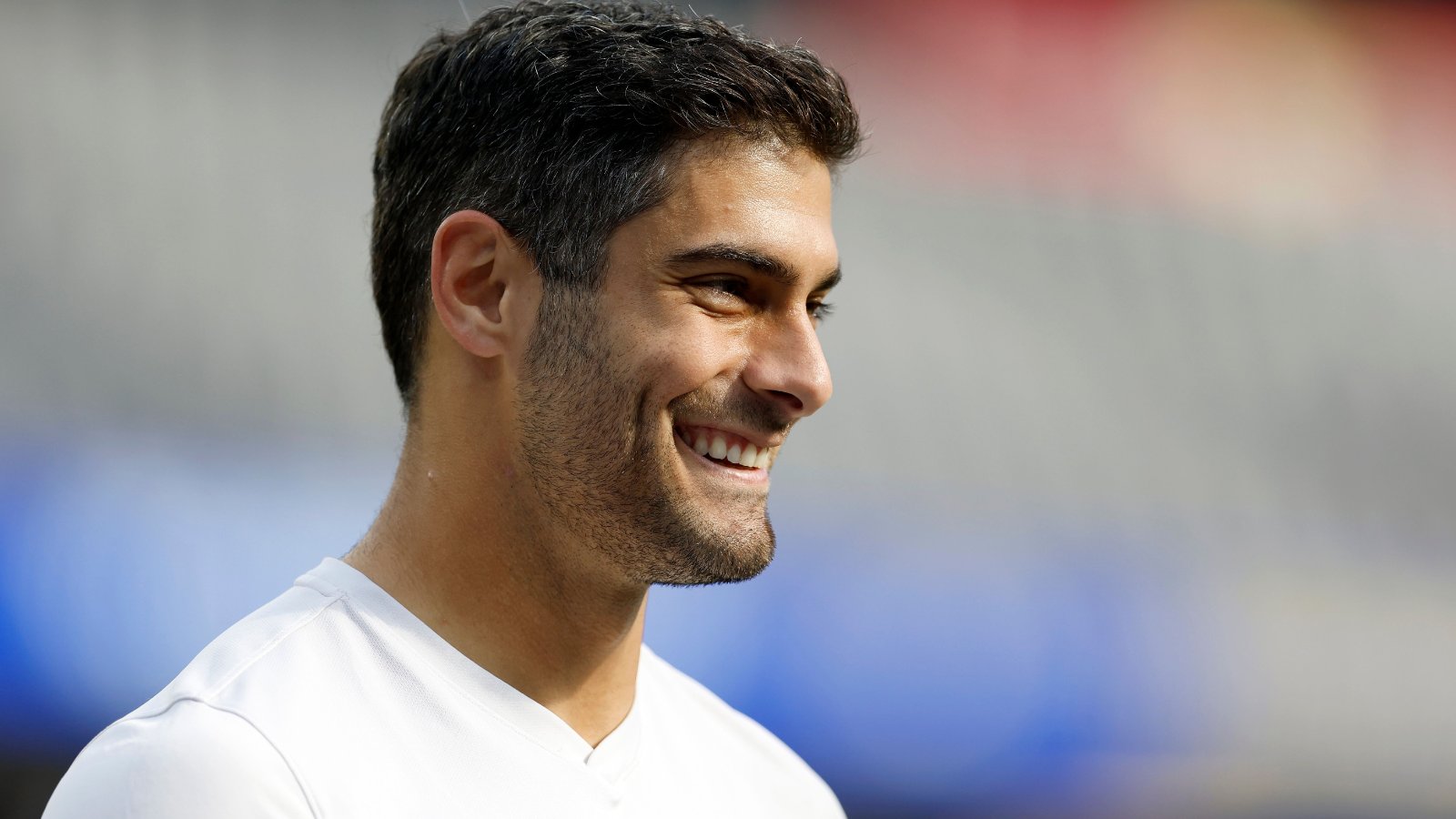 Garoppolo was also pretty emotional at the end of the game, looking back on his tenure with the 49ers and expressing how thankful he was for that opportunity: 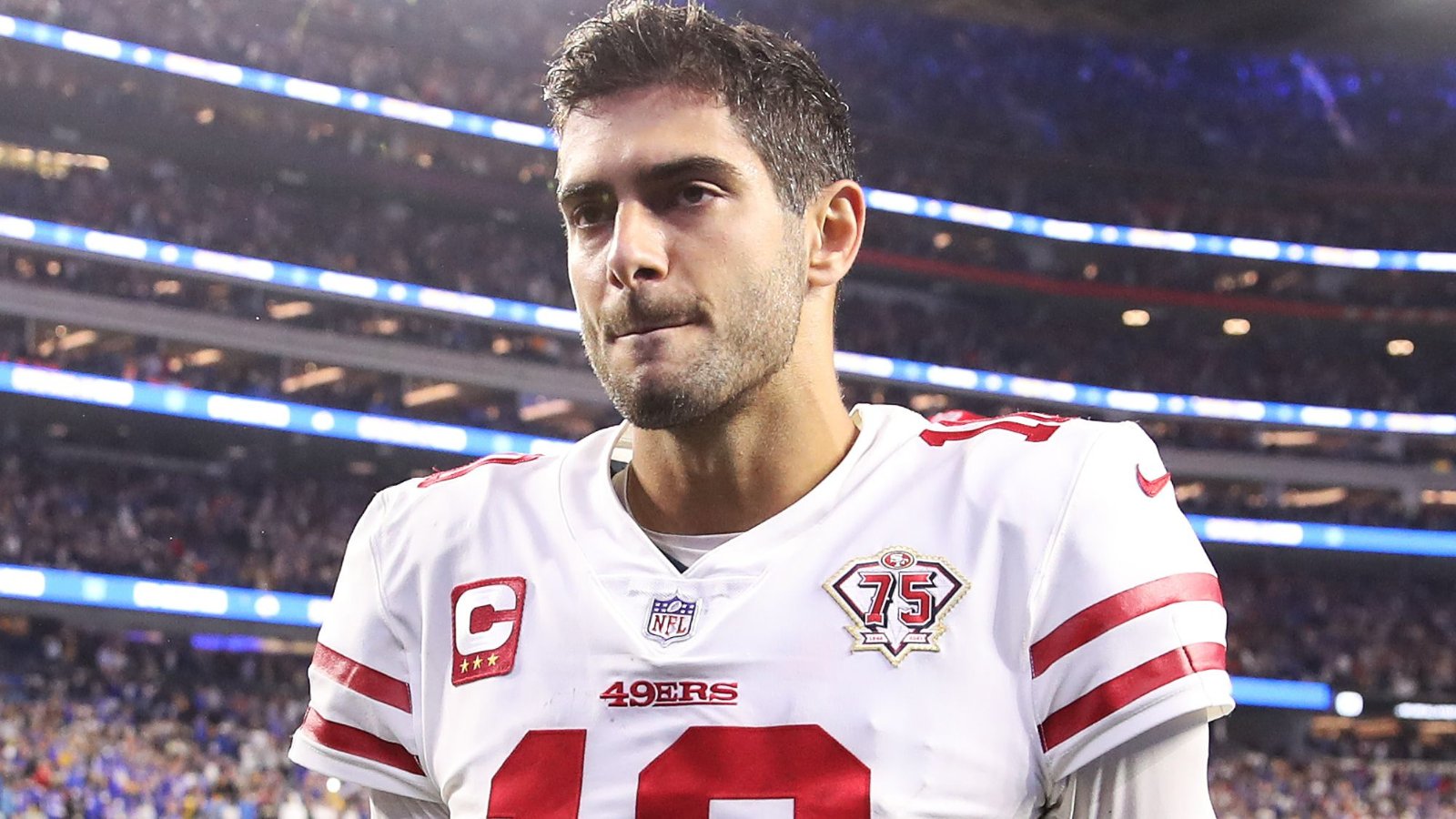 Garoppolo acknowledged all the ups and downs they went through this season and lauded his team's resiliency and ability to bounce back on a weekly basis:

Garoppolo may have played his final snap as a starter in the league but he'll still gauge some interest in the market as one of the best backups out there.